Hemodialysis (HD) outpatients are routinely screened for Methicillin Resistant Staphylococcus Aureus (MRSA) and Vancomycin Resistant Enterococcus (VRE) despite limited information on effective MRSA/VRE control in outpatients. Yet, MRSA/VRE colonized patients are not subject to different care in the community. HD patients would be empirically treated for MRSA if clinically appropriate, regardless of their colonization status. Patients may have negative experiences from swab collection +/- cohort.

We aimed to assess the clinical utility of the current practices by evaluating a) the MRSA/VRE infection rates and b) the estimated costs of such practice for the local HD patients. We evaluated the 12-month-data on access related infection (bacteremia and exit site infection) in the two typical HD units, using a provincial renal database. We reviewed 1) the prevalence of MRSA/VRE access infections, 2) the relationship between colonization and infection in this cohort, and 3) the costs of routine screening and contact precaution practices for the provincial HD cohort.

There were 52 access related infections (among 43/410 HD patients) (2016). 40/52 (77%) infections were not caused by MRSA or VRE (Figure 1). The prevalence rates for MRSA and VRE were 10-25% and 3-5% in both units. There was poor correlation between colonization and infection. The annual cost of provincial screening practice (2,200 prevalent and 600 incident HD patients) was estimated to be over 120,000 Canadian dollars.

We provide additional evidence demonstrating little clinical utility for routine MRSA/VRE screening in HD outpatients, which leads us to advocate for practice re-evaluation. 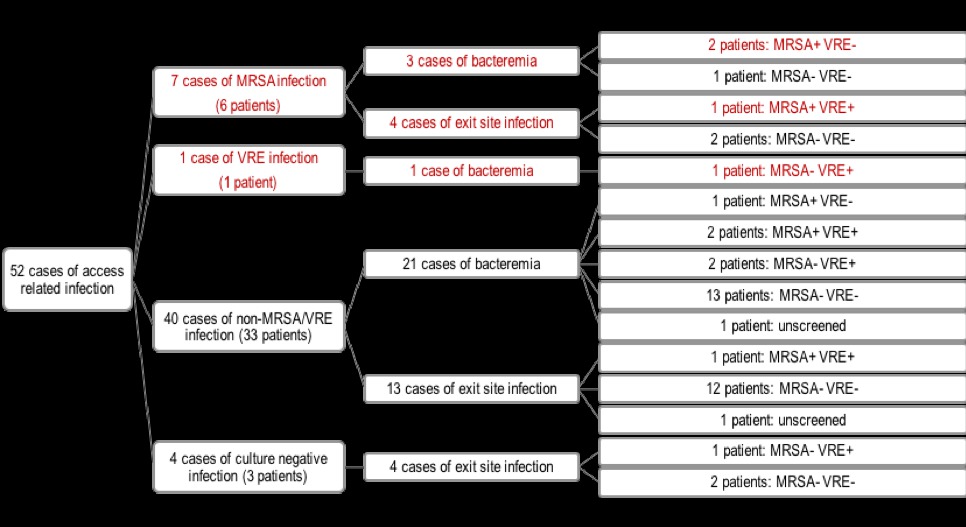 Figure 1. Number of MRSA/VRE infections among the 52 access related infections in the study HD units