PDOPPS is a prospective cohort study of randomly selected patients across national samples of PD facilities from Australia/New Zealand (A/NZ), Canada, Japan, Thailand, the UK, and the US. The study population included 20532 patients who were followed until death (on PD) or permanent switch to HD, based on initial designation as a permanent transfer or a temporary transfer with no return at 12 weeks. ToT (from PD start to death or permanent transfer to HD) and hazard ratios (HR) were estimated using Cox models based on PD vintage at study entry (age, sex, and diabetes adjusted).

In PDOPPS, rates of permanent transfer to HD, and death vary significantly by country and facility. Future work will identify reasons for variation in PD outcomes, and identify practices to reduce the risk of PD attrition. 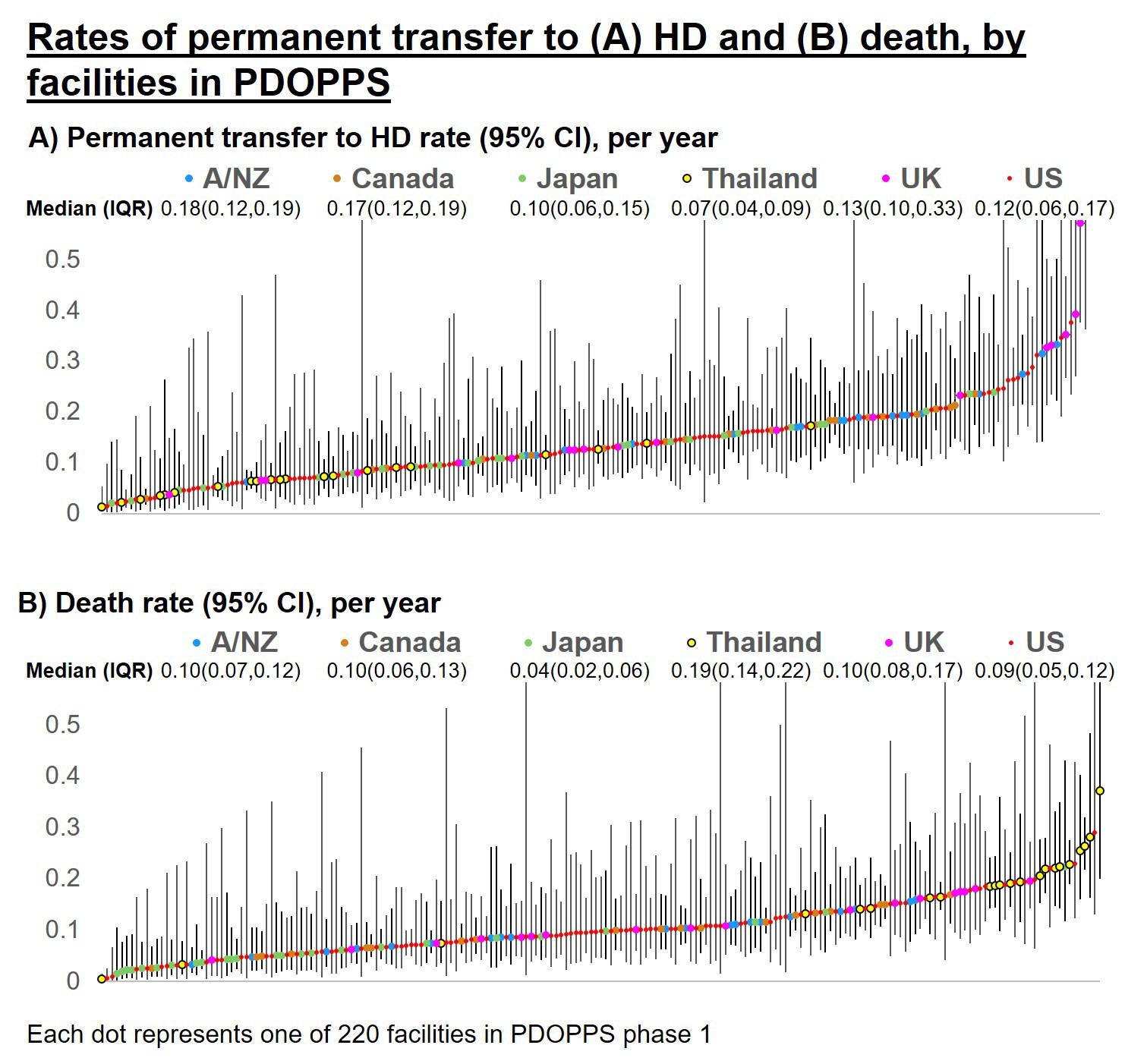