Children from minority and immigrant backgrounds are more likely to be placed on hemodialysis (HD) vs. peritoneal dialysis (PD) at onset of end stage renal disease (ESRD).We hypothesize that social determinants of health (SDOH), beyond the effect of race/ethnicity, influence initial dialysis modality.

We performed a retrospective cohort study of children 1-18 years who started dialysis between 2000-2012 using the US Renal Data System database. Using national census and American community survey data based on the patient’s residence zip code, we derived a community level health risk score comprised of 17 items representing the five elements of SDOH defined by Healthy People 2020. (Table 1) Used a multivariable logistic regression model to identify associations between dialysis modality (HD vs. PD) and the health risk score, adjusting for age at incident ESRD, race, sex and ESRD cause.

Children with highest risk scores were less likely to be placed on PD vs patients in neighborhoods with lower risk. Race was not associated in our model with initial dialysis modality unlike earlier studies looking at similar associations. Our findings suggest that it may be informative to examine SDOH along with race when examining inequities in health care access. Next steps will include differential weighting of variables within the risk score to determine whether there are modifiable factors that impact initial dialysis modality for children. 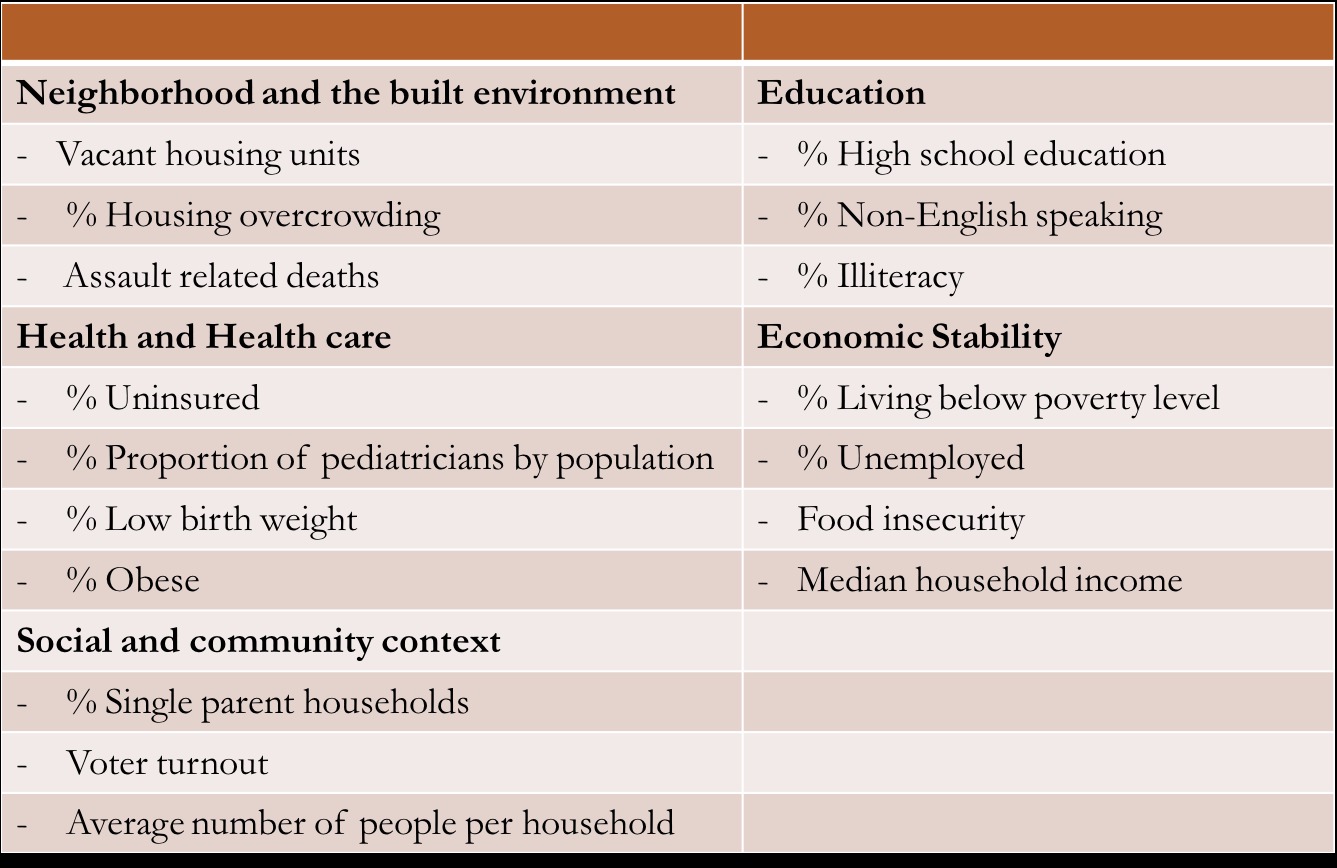