GWAS and HLA genotyping have revealed associations between HLA alleles and susceptibility to primary membranous nephropathy(pMN), but the associations with clinical phenotypes and kidney outcome are underinvestigated.

Our findings show that HLA genes control PLA2R antibody production and pMN severity and outcome. They additionally suggest that DRB1*1502 behaves like a modifier gene with a strong predictor value when associated with HLA risk alleles. 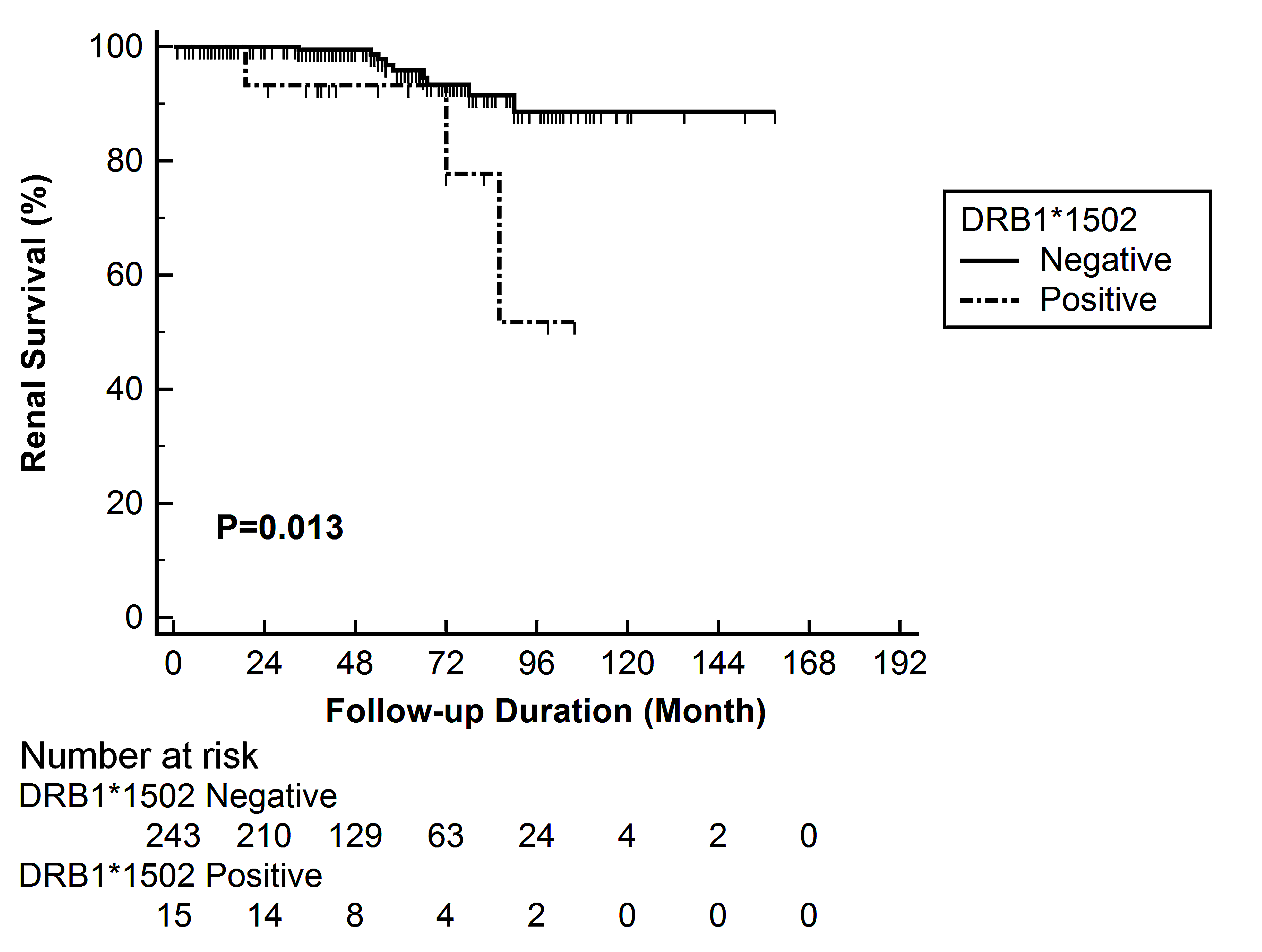