ADPKD is an important cause of end stage renal disease (ESRD). Multiple studies have highlighted AMPK as a potential therapeutic target for ADPKD. Notably, metformin (MET) attenuated cystic kidney disease in an aggressive PKD model. MET and canagliflozin (CAN) are indirect AMPK inducers, while salsalate (SAL) is a direct AMPK activator; all have excellent safety profiles for clinical use.

We tested the efficacy of MET, CAN, SAL, MET+CAN or MET+SAL in a
tamoxifen-inducible Pkd1(iKsp-Pkd1del) conditional knock-out mouse model. Tamoxifen was used on days p18 and p19 to induce adult onset PKD (n=20 male mice/group). AMPK drug treatments were then started from p40 using dosages expected to yield serum levels similar to those observed in the clinical settings. Blood Urea (BU) levels were monitored weekly and mice with ESRD (BU >20 mmol/L) were sacrificed. The experiment continued until 50% of the untreated mutant mice reached ESRD.

Compared to the untreated mutant mice, SAL alone (p<0.01) or SAL+MET (p<0.05) improved kidney survival and reduced kidney weights (Figure). MET, CAN, or MET+CAN did not have any effect. At the end of the study, 91% and 85% of the SAL and SAL+MET groups were free of ESRD versus 38%-58% in the other groups. SAL+MET did not differ from SAL suggesting a lack of synergism. Molecular analyses (systems biology and protein analyses) are currently in process to understand the mechanisms of action.

SAL is a promising re-purposed drug which may be readily translated to the clinical setting for treatment of ADPKD. MET at the dosage used in the usual clinical setting had no therapeutic effect in our model. 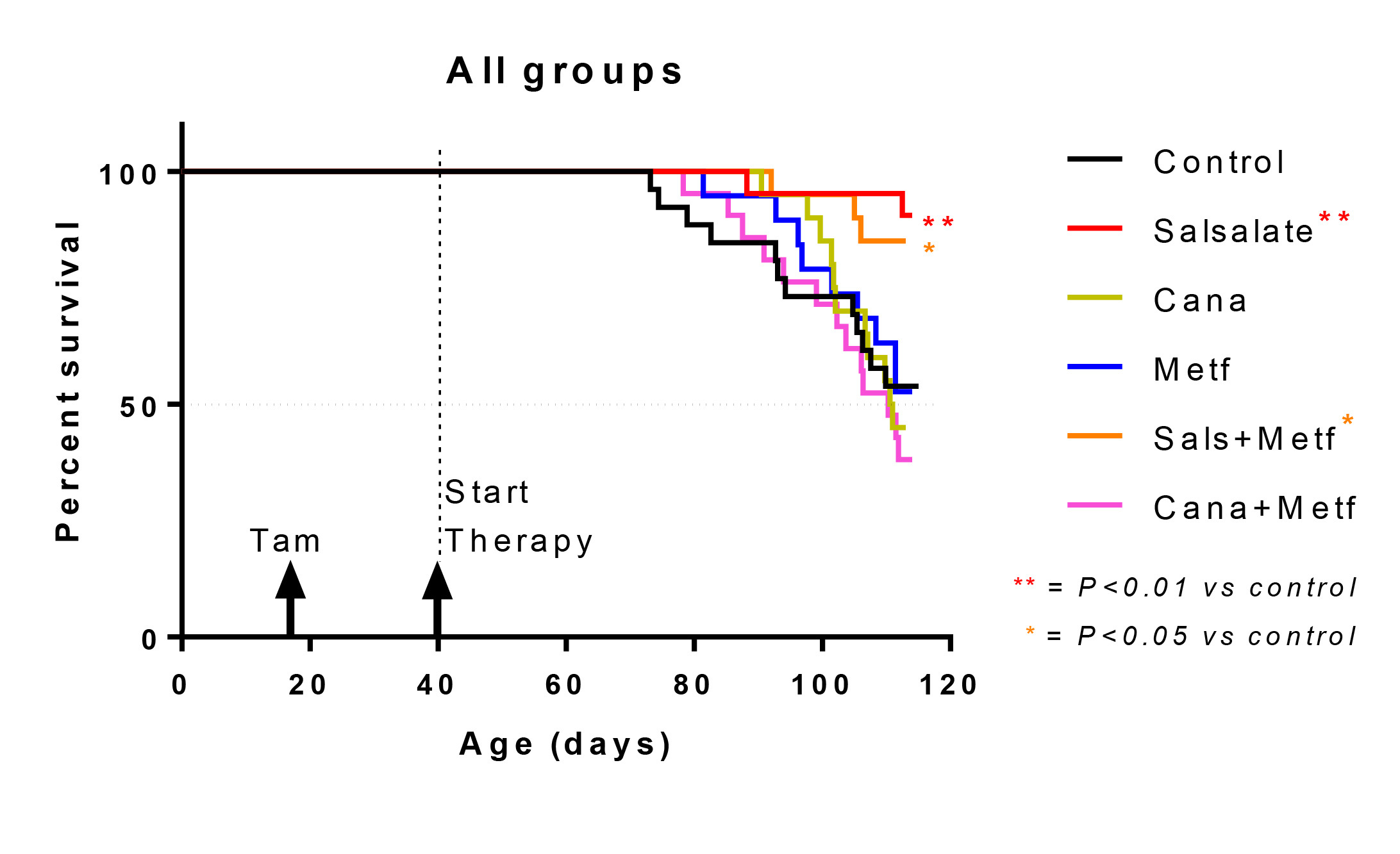 Improved survival free of ESRD in the Salsalate and Salsalate+Metformin groups compared to the untreated mutant mice and other treatment groups.