Circulating proteins may act through their downstream signaling pathways in the kidneys to promote intrarenal impairment and progression to end-stage renal disease (ESRD) in persons with diabetic kidney disease (DKD).

317 out of 550 plasma proteins were differentially expressed between 56 patients who progressed to ESRD and those who did not after a median follow up of 11 years (FDR<0.2). 114 genes in the glomeruli (Glom) (13 ESRD vs 54 of non-ESRD) and 182 in the tubulointerstitium (TI) (7 ESRD vs 40 non-ESRD) were differentially expressed (FDR<0.2). Interferon gamma (IFNG) was identified as the top ESRD-associated plasma cytokines and the top up-stream regulator of intrarenal ESRD-associated genes in both Glom and TI. An activation score (Z score) was generated for the IFNG signaling pathway based on the expression of IFNG downstream genes (Glom and TI). IFNG Z-scores in Glom and TI were inversely associated with measured GFR decline (r=-0.55 and -0.59, p<0.0001 respectively). Patients who progressed to ESRD had a significantly higher Z-score than those who did not (Figure). Circulating IFNG was associated with intrarenal IFNG pathway score in biopsies obtained 11.2 years later (r= 0.47 and 0.40, p<0.002, glom and TI respectively). 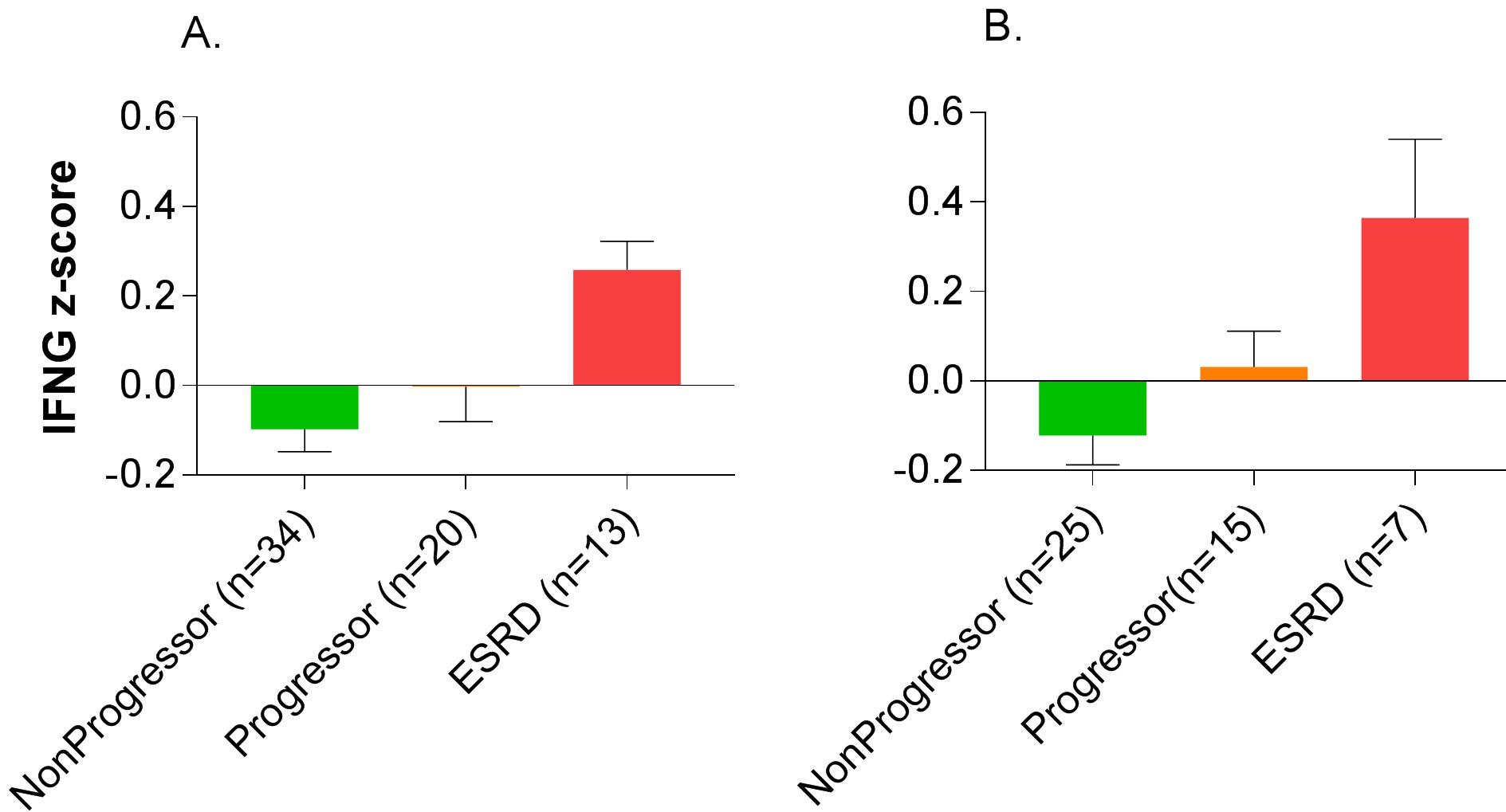 Intrarenal IFNG pathway Z scores in Glom (A) and TI (B) are significantly higher in ESRD/progressors compared to non progressors (median FU 11 ± 2.5 Years). Progressors were defined as measured GFR slope more than -3 mL/min