Peritoneal membrane is conditioned by lesions appearing at long-term for dialysis purposes. Among these lesions, Hialynazing Vasculopathy has received less attention than others, and mechanisms causing this damage are incompletely studied although it is regularly found at advanced peritoneal stages. miRNAs are important regulators of cell biology. A miRNA transcriptomic study is an appropriate approach to independently (non-hypothesis driven) explore molecular mechanisms involved in this pathology.

We studied 7 patients affected by peritoneal vasculopathy and 4 patients without it.
Total RNA was extracted from FFPE peritoneal tissue, small RNA libraries were prepared and sequenced.

GO enrichment performed based on coding genes shown as differentially expressed, revealed differential enrichment in proteins with hydrolase activity and proteins with RNA and protein binding functions. Differential enrichment was also observed in proteins involved in translation processes with sub-localizations mainly exosomal vesicles and extracellular space besides of cytosol sub-localisations probably related with translational processes.Enrichment analysis of metabolic pathways reveals enrichment in enzymes involved in three pathways; Aminoacyl-tRNA biosynthesis, N-Glycan biosynthesis and Galactose metabolism.
The impact of these new findings in terms of gene function will be discussed. 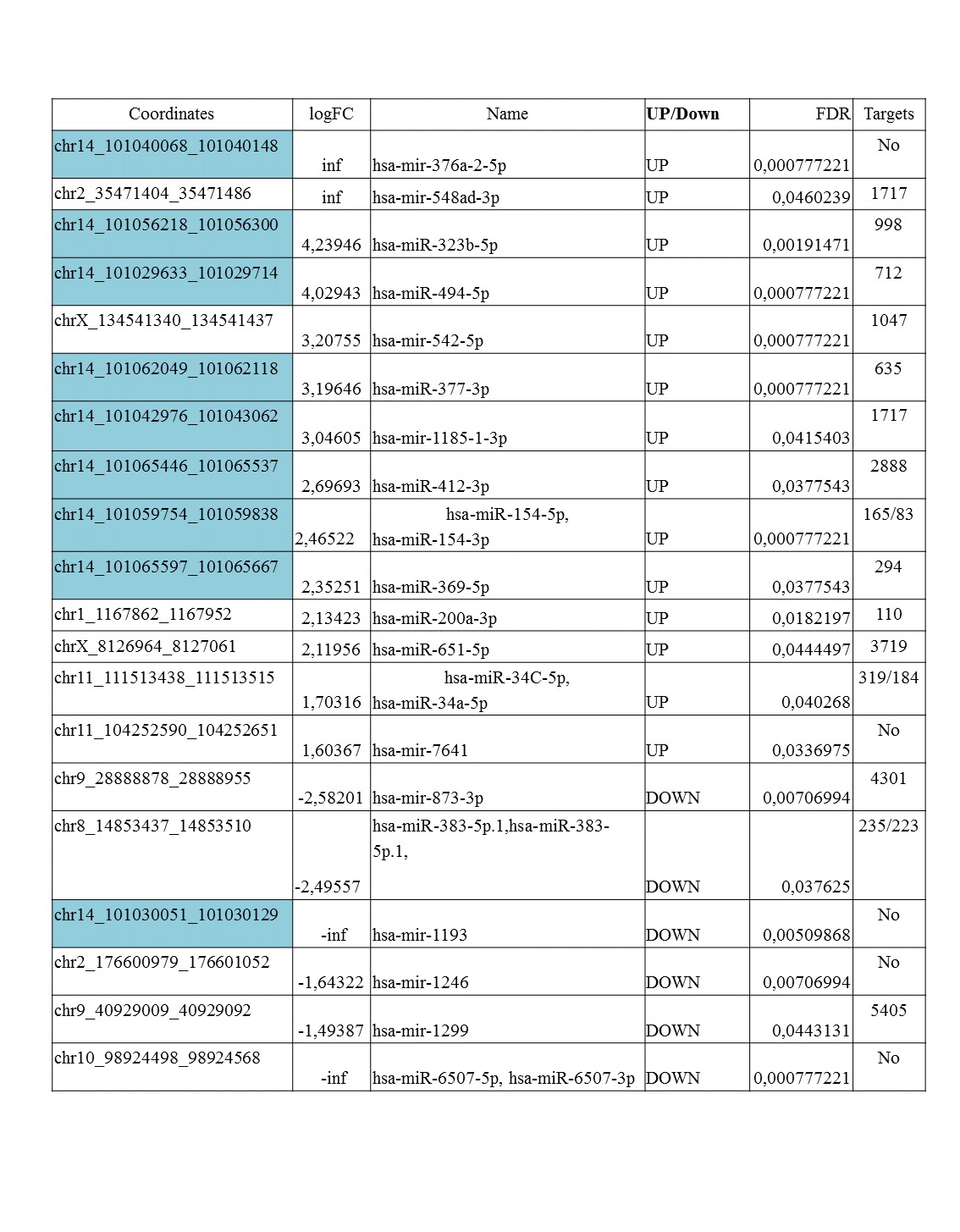