For the primary study, deaths were recorded through Day 90 and causes of death adjudicated by medical dictionary for regulatory activities (MedDRA) coding in a blinded fashion by the medical monitor and safety physician. Longer term mortality was collected at Day 365

The results indicate a survival trend through Day 365 in favor of QPI treatment. Additional studies are required to confirm these findings. 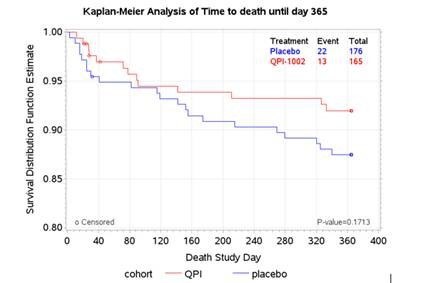