Tubulointerstitial injury(TI) is a major determinant factor in progressive renal diseases. Although the injuries to peritubular capillary (PTC) network is crucial for the progression of TI, it has been few reported about marker for detecting endothelial damage on PTC. We investigated expression of Tropomyosin (TM), one of the actin-associated proteins on PTC during the progression of experimental obstructive nephropathy.

Male Wister rats (7 week old) were subjected to UUO or sham-operation, and kidneys were harvested on days 3, 7 and 14 post-surgery after pimonidazole infusion for evaluation of low oxygen area. We evaluated the expression of TM on PTC by immunostaining and immunoelectron microscopy. And real-time polymerase chain reaction, and western blot were performed. To clarify the mechanism, we assessed the expression of TM in human umbilical vein endothelial cells (HUVEC) exposed to hypoxia condition .

TM is a protein related to angiogenesis and increased the expression on PTC at the early stage of TI. This fact suggested TM might be a marker of endothelial damage on PTC to play a work for the protection against hypoxia damage. 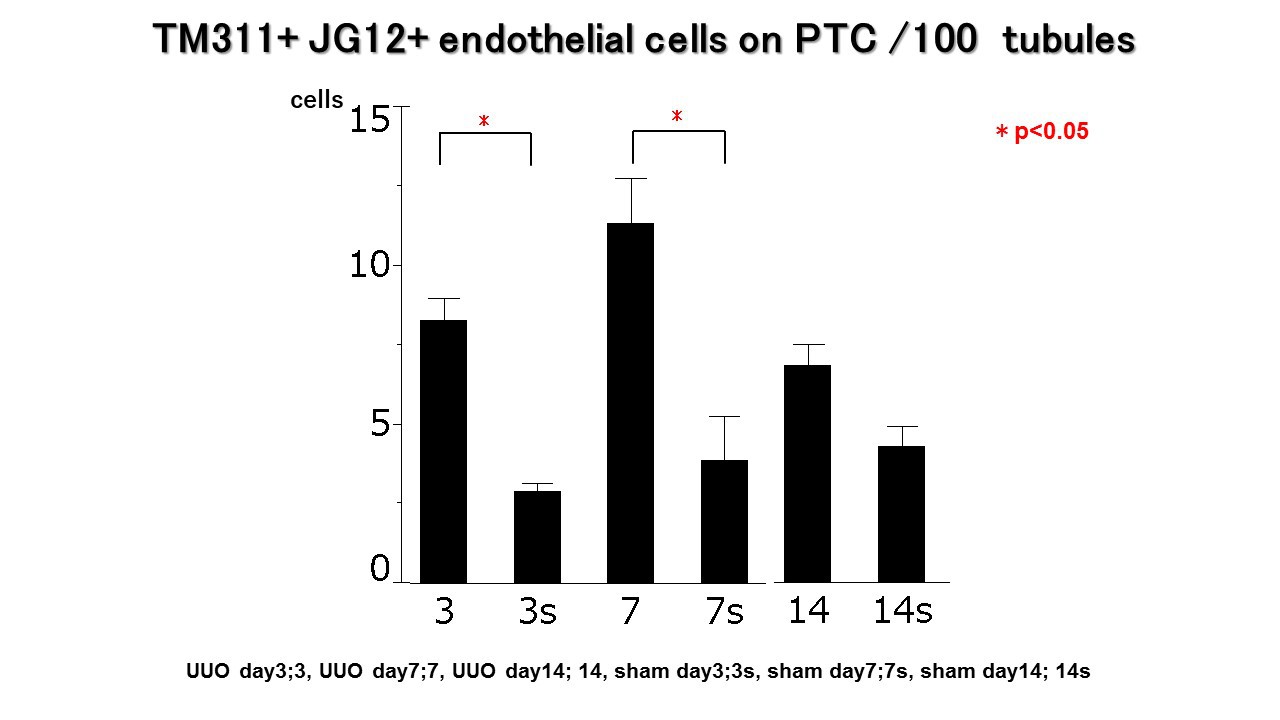 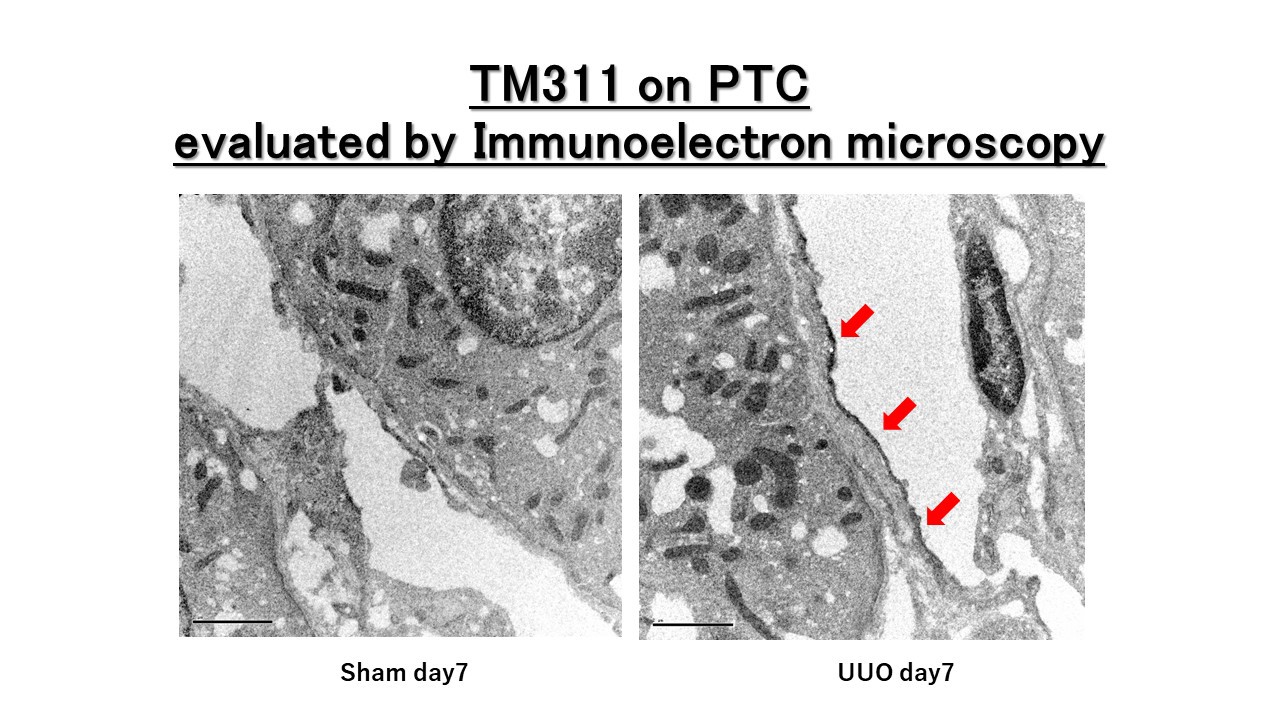