Renal artery stenosis is a common complication after transplantation. In our institution, we have experienced a high rate of false-positive Doppler ultrasound and "confirmatory" non-contrast time-of-flight MRA studies that needlessly go to invasive catheterization. We present one of many of our cases which show the utility of high-quality 3D MRA using a non-flow dependent non-contrast technique, NATIVE TrueFISP.

A 13-year-old male with a history of idiopathic dilated cardiomyopathy and end-stage renal disease underwent a combined cardiac transplant and deceased donor kidney transplant. Two months after the transplant, the patient was admitted for respiratory distress, pulmonary edema, and worsening cardiac function.

On admission, the patient was mildly hypertensive. Further investigation showed an increase in serum creatinine to 1.6 mg/dl. A Doppler study showed elevated peak systolic velocity of the transplant renal artery anastomosis, up to 434 cm/sec. To confirm the sonographic suspicion of renal artery stenosis, a non-contrast 3D MRA was requested which showed tight juxta-anastomic stenosis (see Figure 1A).

A diagnostic angiogram confirmed the pre-invasive imaging findings with nearly 1:1 correlation with the MRA 3D volume-rendered images (see Figure 1B). Angioplasty of this lesion was achieved by serial balloon dilation. Follow-up ultrasounds up to six-months post angioplasty show interval normalization of the renal artery velocities and blood pressure.

The correct diagnosis of post-transplant renal artery stenosis is critical to avoid unnecessary, risky, costly, and time-consuming procedures. Under the supervision of a qualified radiologist, we have found our initial experience with NATIVE TrueFISP MRA technique to be reliable in evaluating transplant renal artery stenosis without the need for intravenous contrast. 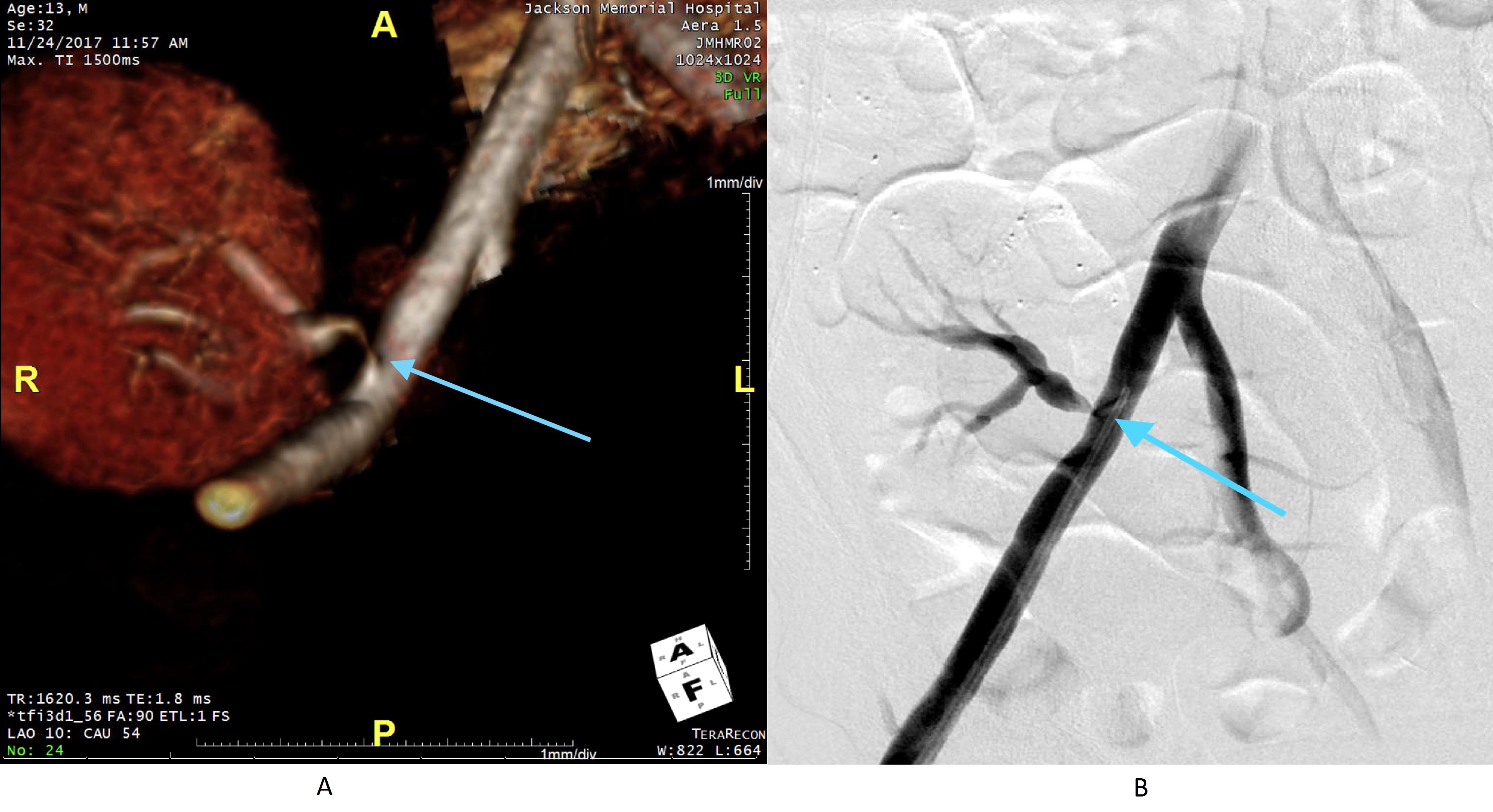 Figure 1 (A) 3D volume-rendered MRA shows tight juxta-anastomotic narrowing. (B) Conventional angiogram shows nearly 1:1 correlation of the stenosis as compared with the MRA.