Temporal Trend of the Provision of Palliative Care Encounter in Hospitalized Patients with ESRD: A Nationwide Analysis

Temporal Trend of the Provision of Palliative Care Encounter in Hospitalized Patients with ESRD: A Nationwide Analysis

End stage renal disease (ESRD) is major cause of worldwide mortality and morbidity. We sought to investigate the temporal trend of the utilization of palliative care (PC) in hospitalized patients with ESRD in United States.

We conducted a retrospective study using the national inpatient sample to identify patients with ESRD admitted to hospitals from 2006 to 2014. We sought to determine the temporal trend and factors associated with utilizing palliative care in hospital. Multivariate logistic analysis was performed to calculate odds ratios, adjusting for demographics, hospital characteristics, comorbidities and code status. Analysis was performed using Stata 14.0.

The use of palliative care consultation for patients with ESRD who are admitted to hospitals is approximately 1.65%. Race, socioeconomic status, hospital size, region and teaching status all were associated with differential rates of referral. There was a significant increase in palliative care use observed from 2006 to 2014. 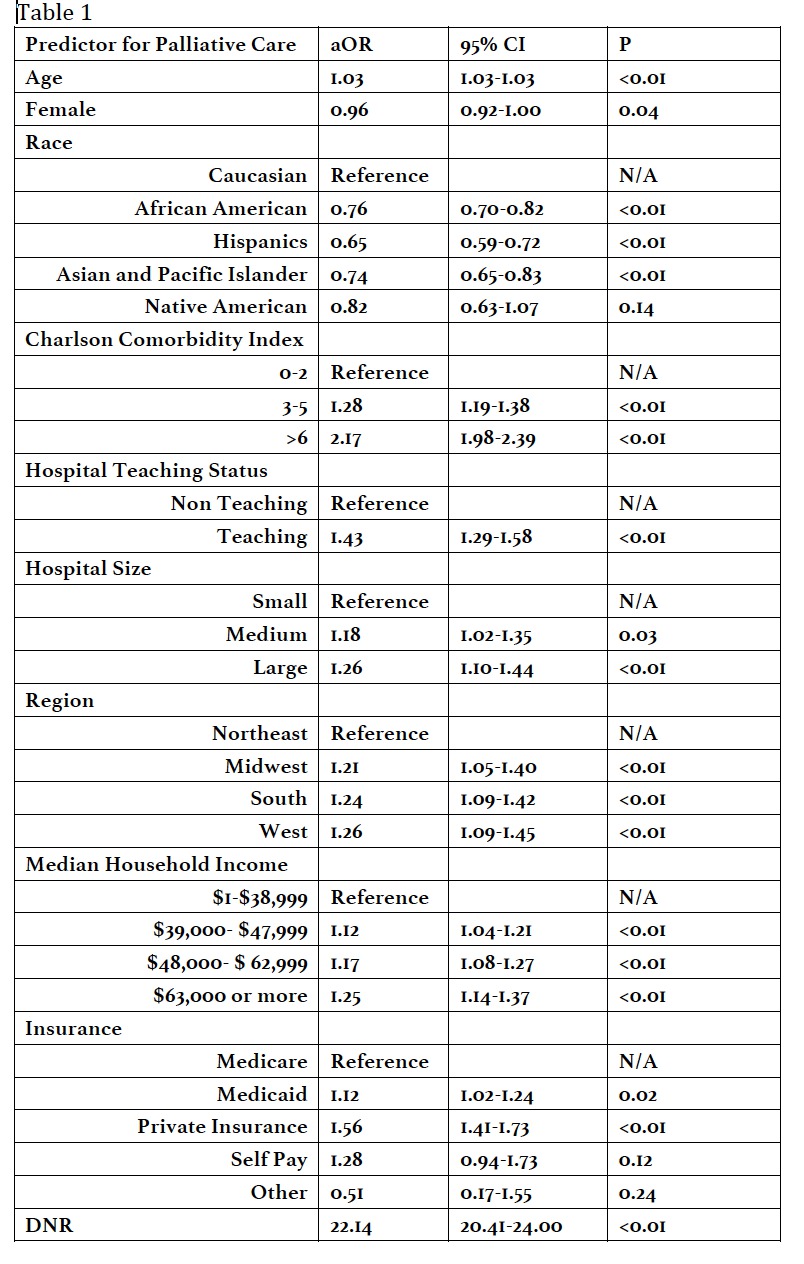