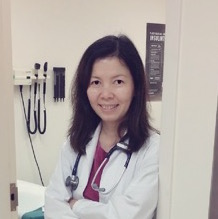 COUP-TFII mRNA was measured by quantitative real-time PCR (qRT-PCR) and protein by immunostaining at different times after unilateral ischemia reperfusion (IRI). In vitro, knockdown of COUP-TFII was attained by transfecting a small interfering RNA (siRNA) into CH310T1/2 (pericyte-like cells). Angiopoietin 1 (Ang1, a angiotrophic protein produced by pericyte to maintain vessel stability) expression was evaluated. In addition, we generated CRISPR-cas9 COUP-TFII knock out and tetracycline-inducible COUP-TFII overexpressing CH310T1/2 cells. By modulating COUP-TFII expression, we studied the effect on αSMA expression (a marker of myofibroblast) and cell migration (using scratch motility assay) in CH310T1/2 cells.

Down regulation of COUP-TFII in AKI is an early event regulating pericyte fate. It results in: 1) decreased Ang1 expression, which is important for pericyte-endothelial crosstalk; 2) increased αSMA expression and cell migration, which is important for the pericyte to myofibroblast transdiferentiation. Maintaining COUP-TFII expression may stabilize pericytes, protect endothelial cells in the early phase of AKI, and prevent vascular rarefaction, secondary ischemia and subsequent fibrosis.