ESRD patients receiving hemodialysis (HD) are at high risk of mortality, particularly cardiovascular (CVD) mortality. Plasma sphingolipids have been identified as predictors of CVD mortality in the general population. Despite the high prevalence of dyslipidemia in HD, no studies have examined the associations of sphingolipids with mortality risk in this population.

This study included 368 incident HD patients enrolled in the Predictors of Arrhythmic and Cardiovascular Risk in ESRD (PACE) study. Plasma sphingolipid (ceramides, glucosylceramides and lactosylceramides) levels were measured at baseline by liquid chromatography-tandem mass spectrometry. Proportional hazards regression was used to examine the association of sphingolipids with CVD mortality and all-cause mortality.

Glucosylceramide C16GC was associated with CVD and all-cause mortality among adults incident to HD. These results suggest that glycosphingolipid imbalance may contribute to increased mortality risk in ESRD. Further studies are needed to confirm these new and important findings. 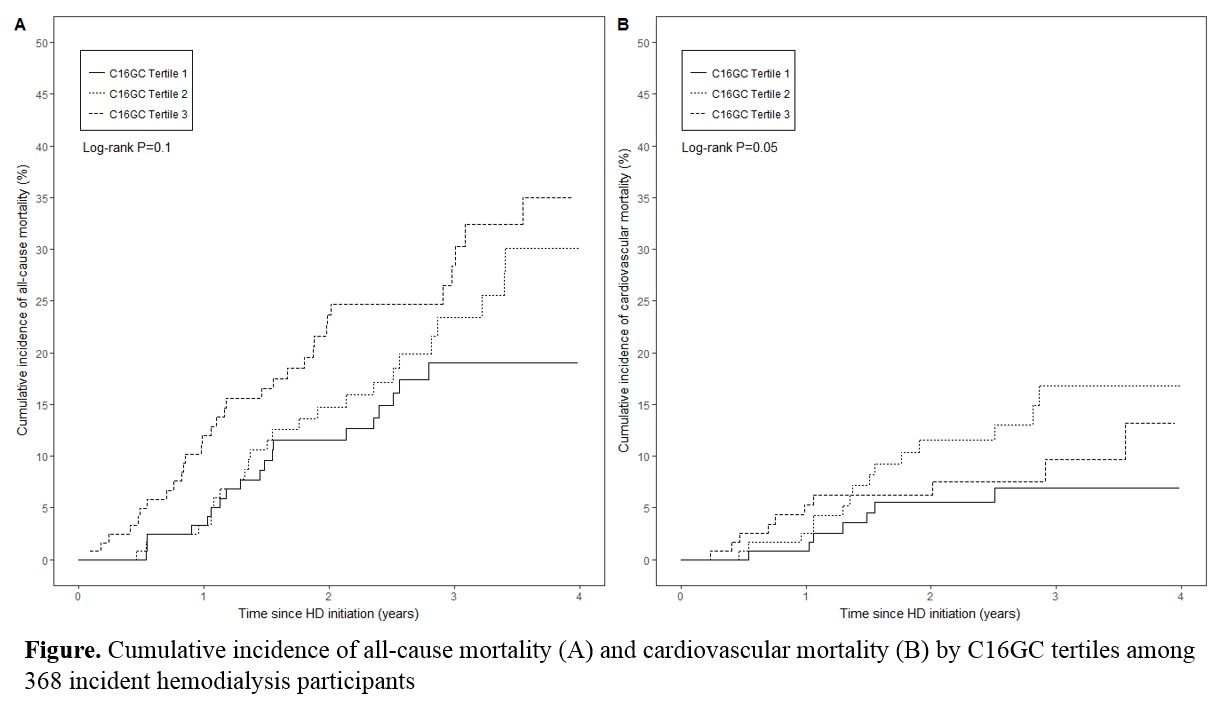