We sought to perform the first large-scale discovery of novel metabolite biomarkers of CKD progression in children.

Cohort characteristics were: 354 male (60%); median age 12.3 years; median eGFR 53.2 mL/min/1.73m2; 409 (70%) NG diagnosis. 171 (29%) developed ESKD over a median observation time of 5.0 years (inter-quartile range 3.1-7.5). Of 949 known non-drug metabolites identified, 16 were associated with time to ESKD in both the fully adjusted Cox and lognormal models by the pathway specific false discovery rate threshold <0.05 (Figure). 13 were lipids and 6 were in the hexosylceramide pathway. 10 of the 16 metabolites remained associated in stratified analyses, mostly within the G subgroup, and the magnitude of the HR was generally greater than that for the full cohort. An additional 9 metabolites (4 in the lysoplasmalogen pathway) were identified in stratified analyses, predominantly within the G group. 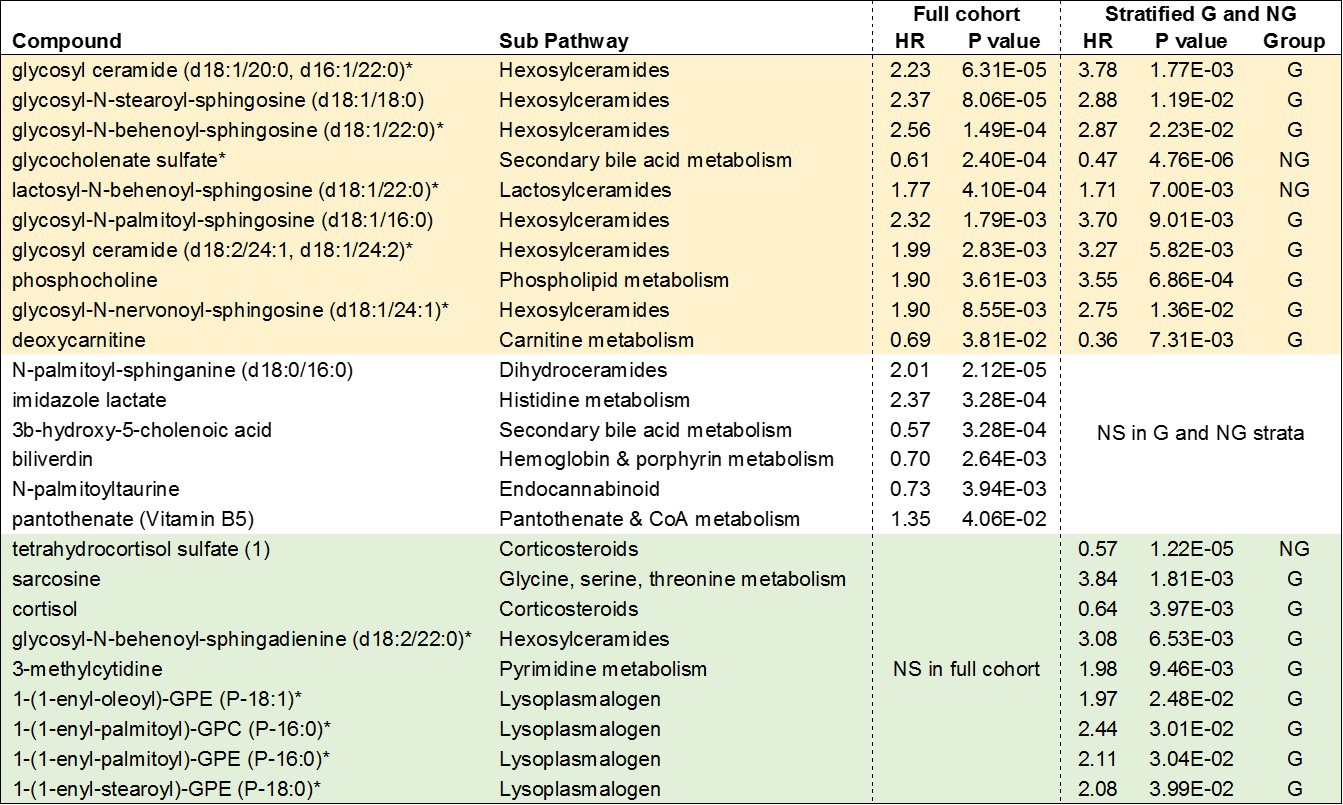