Living donor kidney transplantation (LDKT) is the preferred treatment for end stage kidney disease because it leads to better survival than either dialysis or deceased donor transplantation. Yet, the rate of LDKT has not grown despite high numbers of potential donors. Understanding the reasons that potential donors are rejected is key to developing effective interventions to increase LDKT.

In this single center retrospective observational study from UCLA Medical Center, both a transplant nephrologist and a transplant surgeon reviewed the medical records of all potential living donors presented to the living donor selection committee from 2009 to 2014 and coded the reasons they were rejected as donors. Reasons were categorized as medical, surgical, social, or “other”.

Out of 1370 patients, 55% (760) were accepted as potential donors, 16% (225) required further workup, and 29% (385) were denied as donors. 84% (323) of those rejected were rejected for multiple reasons (Figure). The top 3 most common reasons for rejection were medical: young age, family history of diabetes, and obesity. The top social reason was a prior history of psychiatric illness other than depression, and the top surgical reason for rejection was evidence of a renal lesion. 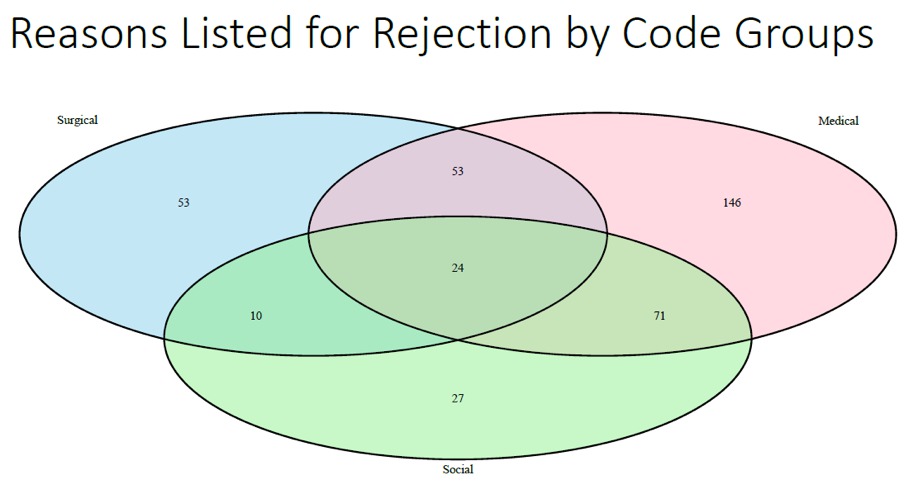