Bothrops sp is the most common snake genus associated with acute kidney injury (AKI) in Latin America. We evaluated novel biomarkers and coagulation disturbances among patients with Bothrops venom-induced AKI.

This is a prospective study of patients with snakebite (Bothrops)-induced AKI admitted to a referral emergency hospital in Fortaleza city, Brazil, from December 2015 to December 2016. Biomarkers were measured in blood (sNGAL) and urine (uNGAL, uMCP-1, uKIM-1, VCAM-1 and IL-6) using ELISA.

Coagulation abnormalities seem to be a pivotal factor in AKI development in Bothrops-induced AKI. The higher levels of uMCP-1 and uNGAL could represent early tubular and glomerular dysfunction caused by snakebite venom, and the abnormalities in fractional excretion of electrolytes point to tubular transport dysfunction. 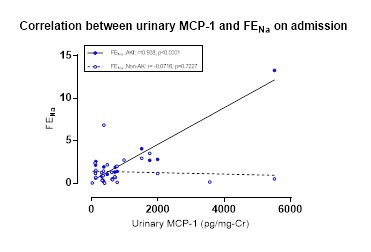