Plasma tumor necrosis factor receptor (TNFR)1 and TNFR2 provide prognostic information in ambulatory patients with diabetic kidney disease, but their utility in patients after an episode of AKI is unknown.

Hospitalized adults with and without AKI were enrolled in a parallel, matched cohort from 4 centers between 2009-2015 and had plasma TNFR1 and TNFR2 measured at the outpatient baseline visit within 3 months post-discharge. We tested for associations between biomarkers, expressed continuously and by quartiles, with time until the composite kidney outcome (CKD incidence, CKD progression, or ESRD) and death via a multivariable Weibull regression model that accounted for (1) the 1:1 matching of adults and (2) competing risk. We adjusted for demographics, comorbidities, AKI status during hospitalization, and concurrent eGFR, UACR, and CRP at the baseline visit.

In hospitalized patients that survived at least 3 months, plasma TNFR1 and TNFR2 provide additional risk-stratification for kidney outcomes and death, even after accounting for concurrent measures of kidney function, albuminuria, and systemic inflammation. 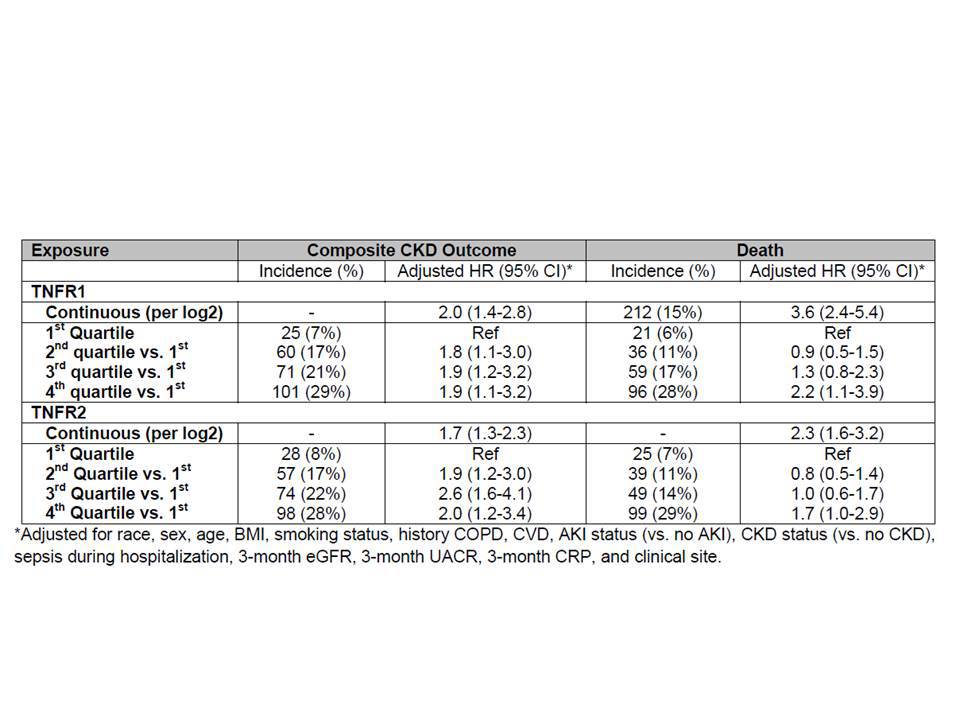