IgA nephropathy (IgAN) is featured with O-glycosylation deficiency of IgA1 antibody, but the underlying mechanism of production of Gd-IgA1 was unknown.

The expression levels of TLRs were analyzed by real-time PCR. The secretion of IgA1 molecules and their O-glycan after TLR activiation were meansured by ELISA. The expression of O-glycosyltransferases was analyzed by Western blot.

Thus, activation of TLR7/8 play important role in pathogenesis of IgA nephropathy by regulating the expression of O-glycosyltransferase and later the galactose deficiency of IgA molecules. 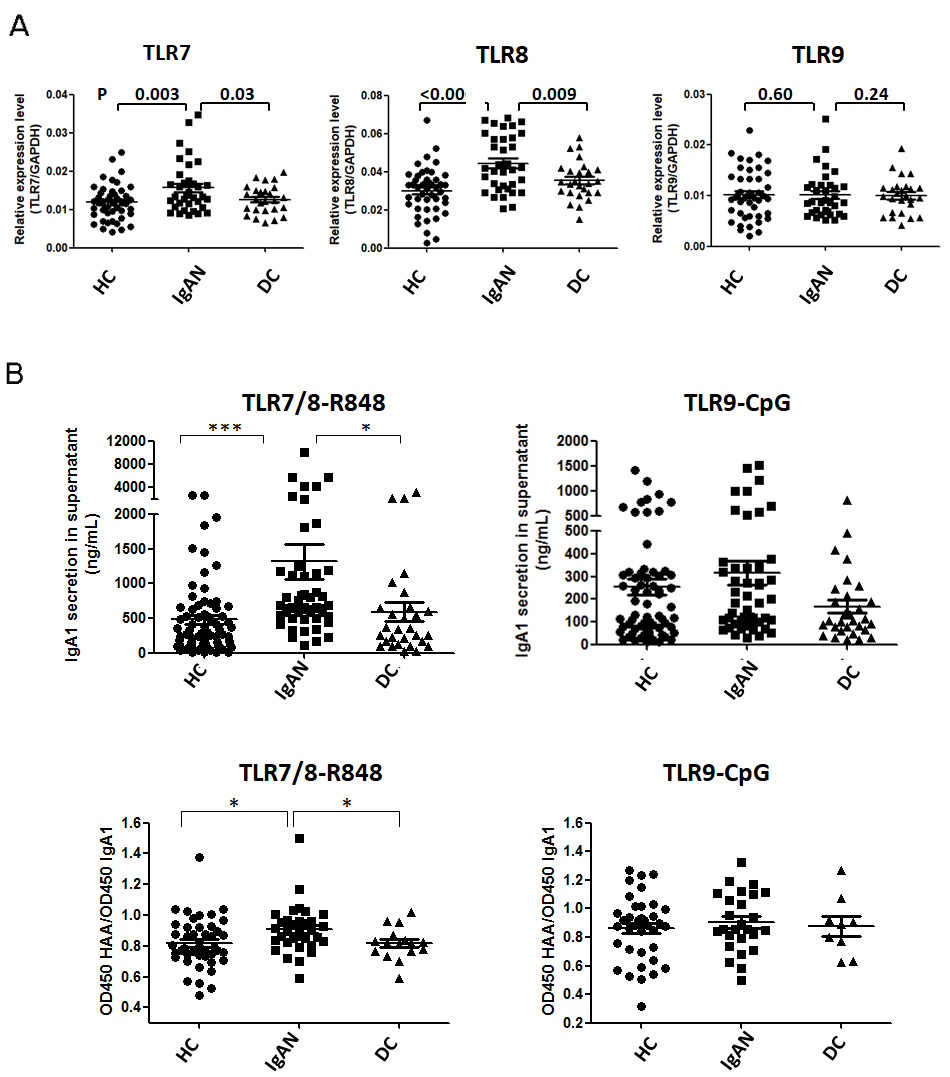