International Trends in Mortality Soon after Switch from Peritoneal Dialysis to In-Center Hemodialysis: Results from the INTEGRATED Study Group

International Trends in Mortality Soon after Switch from Peritoneal Dialysis to In-Center Hemodialysis: Results from the INTEGRATED Study Group

Switching between dialysis modalities is common among patients (pts) with end-stage kidney disease (ESKD) and has been shown to be associated with adverse outcomes. This international registry study describes mortality rates after switch from peritoneal dialysis (PD) to in-center hemodialysis (HD).

Using four longstanding international registries (ANZ, CORR, ERA, USRDS), and with support from the NIDDK, this study analyzed incident PD pts, defined as starting PD within 180 days of ESKD incidence, who switched from PD to HD for ≥1 day. Pts were grouped into 3 cohorts by year of ESKD incidence (2000-2004, 2005-2009, 2010-2014). Crude mortality rates (per 100 patient-years [PY]) were calculated for the first 180 days after switch, with patients censored on the date of death, transplant, loss-to-follow up, or study end-date.

Transition from PD to HD is associated with high mortality rates internationally, especially during the first 30-day period. The lower mortality rates in recent years may reflect more timely transition and/or improved peri-transition care. Future studies should evaluate optimal timing of switch, as well as modifiable predictors of post-switch mortality, to increase the likelihood of successful transition and to improve clinical outcomes. 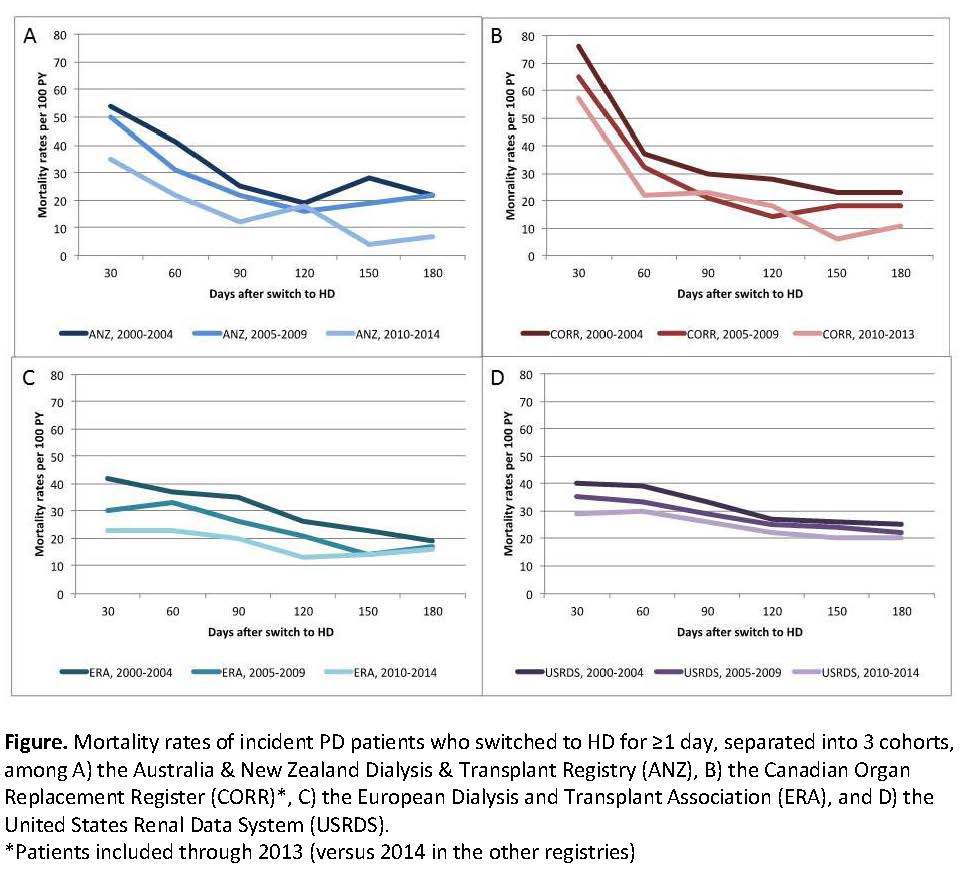