Cellular senescence (CS) is an irreversible proliferation arrest with secretory phenotype evoked in response to stress, which can be identified by upregulation of the cyclin-dependent kinase inhibitor p16INK4a. Renal artery stenosis (RAS) induces stenotic kidney (STK) ischemia and injury, but whether these involve activation of CS remains unclear. We studied CS in the STK of transgenic INK-ATTAC mice, in which p16 INK4a-expressing cells can be selectively eliminated by injection of AP20187.

INK-ATTAC mice were randomized to a 4-week treatment with AP20187 (3.3μg/g, IP, 3/week) or vehicle starting after 2 weeks of RAS or sham (n=6-8 each). Single kidney function (GFR) and oxygenation were studied in vivo using 16.4T magnetic resonance imaging at baseline and 6 weeks after surgery. CS was assessed by plasma levels of Activin-A, and by image cytometry analysis of p16 INK4a-positive cells in dissociated kidney tissue.

After 6 weeks of RAS blood pressure, Activin-A, STK tissue hypoxia were all elevated, and plasma creatinine tended to be higher compared to sham, whereas STK RBF and GFR were decreased. The percentage of p16 INK4a-positive cells increased in the STK, many of which expressed epithelial, but not endothelial, cell markers (Fig. E). Clearance of p16 INK4a-positive cells restored blood pressure, Activin-A, and plasma creatinine levels, and prevented the fall in GFR, and rise in tissue hypoxia (Fig. A-D), whereas RBF remained unchanged. 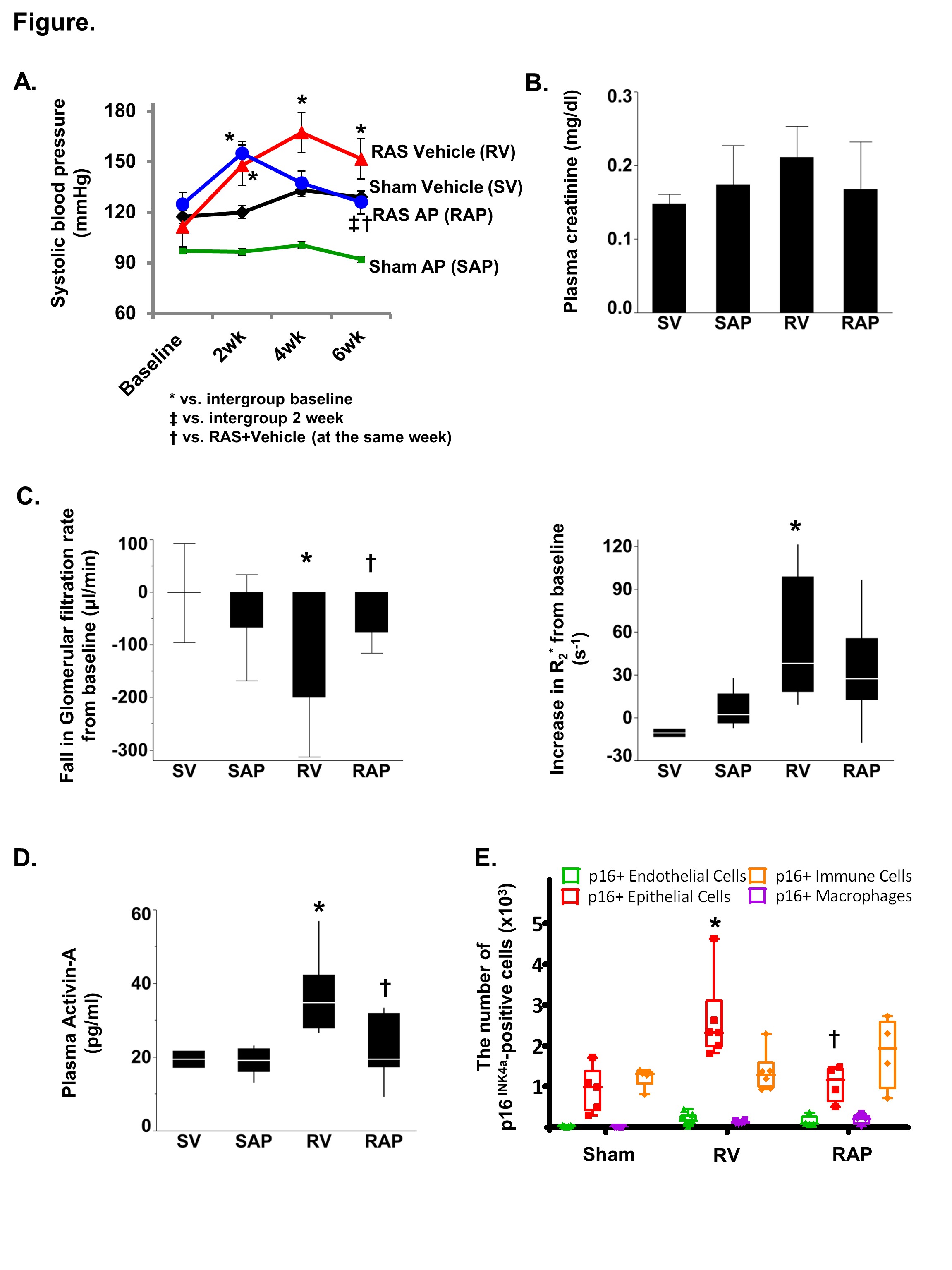