Autoantibodies play an important role in the pathogenesis of C3 Glomerulopathy (C3G). Binding of either C3 nephritic factors (C3Nef) or Factor B autoantibodies (FBAA) to the alternate complement (AP) pathway's C3 convertase (C3C) stabilizes this critical enzyme, prolonging its half-life and preventing normal regulation of the AP. The stabilizing characteristic of these antibodies are well described. Little is known about their correlation with disease natural history. Further characterization of C3G disease related autoantibodies has the potential to influence patient management algorithms.

Our study cohort included 8 C3G patients (drawn from the University of Iowa's C3G Natural History Study) in whom at least 3 squential draws were available (4 FBAA and 4 C3Nef). Comprehensive biomarker studies and autoantibody kinetic studies (SPR) were performed across multiple times points of disease course. Comparisons were made between C3C t ½, comprehensive biomarker assays and measures of clinical activity.

FBAA kinetics were independent of FBAA titer or complement biomarker, and tended to be static over time. In contrast, the C3C stabilizing kinetic of C3Nef were more variable over disease course - tending to trend downward. In one patient, the C3Nef stabilization of C3C dropped by factor of 4 (211 minutes to 49.5 minutes over a 6 yr period - with 5min being normal). This change was associated with a normalization of a previously undetectable C3.

Point assessments of C3Nef are insufficient to fully characterize the function of this autoantibody. C3Nef kinetics evolve over disease course and are associated with changes in both biomarkers of complement dysregulation and clinical activity. This preliminary data prompts a number of interesting hypotheses, not the least of which is the concept that C3Nef functional testing may be a way to detect “windows” of relative disease quiescence in given patients. 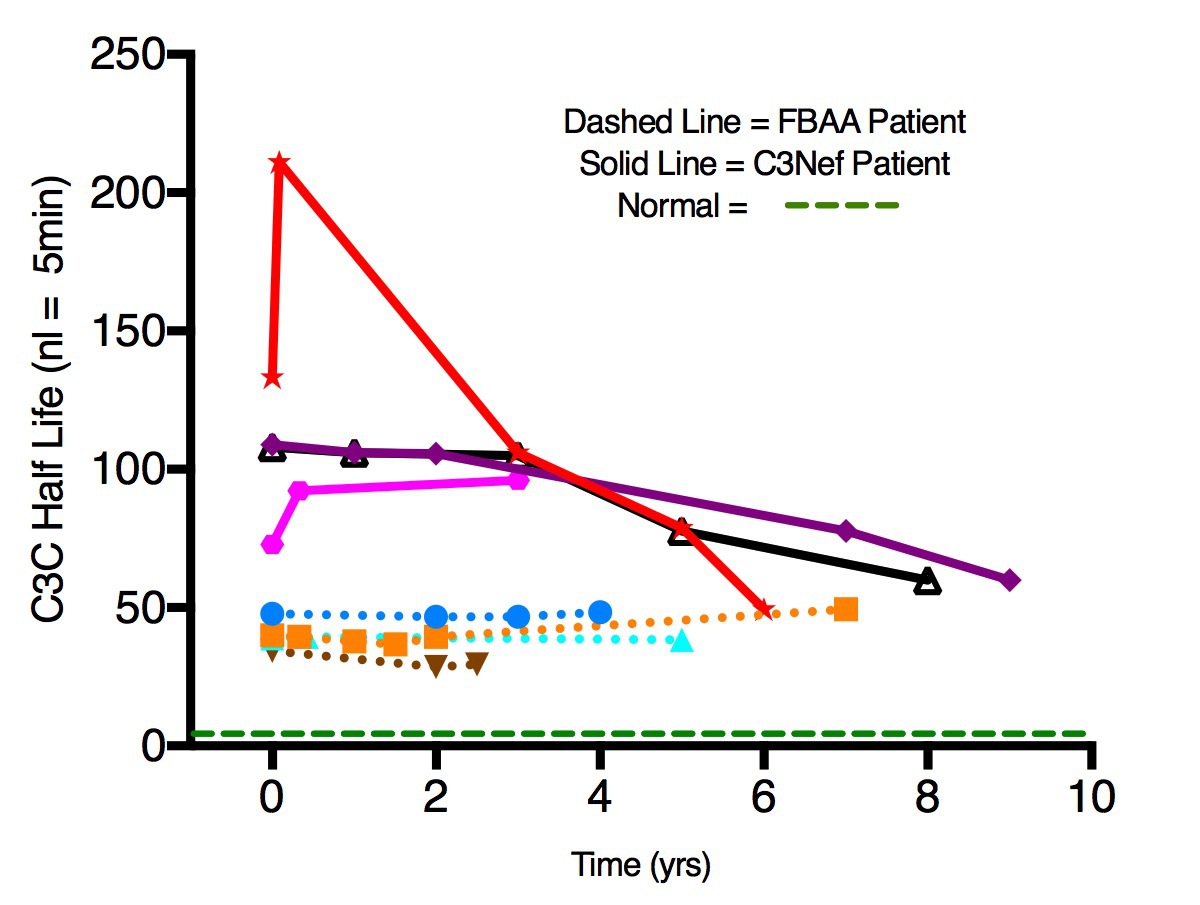