Protein-detection assays are invaluable tools in biomarker discovery. However, only immunoassays are widely used, measuring 10-20 analytes per biosample. The novel aptamer-based assay uses nucleotide aptamer technology to measure over 1,300 analytes per biosample. We sought to compare the aptamer-based platform versus traditional immunoassay approaches to quantify analytes in paired samples before and after cardiac surgery.

In a sub-study of the TRIBE-AKI cohort, 54 individuals with acute kidney injury (AKI) after cardiac surgery were identified. The group included AKI progressors and AKI non-progressors. The levels of preoperative and postoperative plasma and urine biomarkers which had been previously evaluated via immunoassays were compared to the levels detected by an aptamer-based assay using Spearman correlations.

The aptamer-based assay detects proteins with moderate to strong correlation to current immunoassay methods. The correlations in urine are weaker compared to plasma. Aptamer-based assay technology should be further validated in multiple settings as a high-throughput screening tool for biomarker discovery. 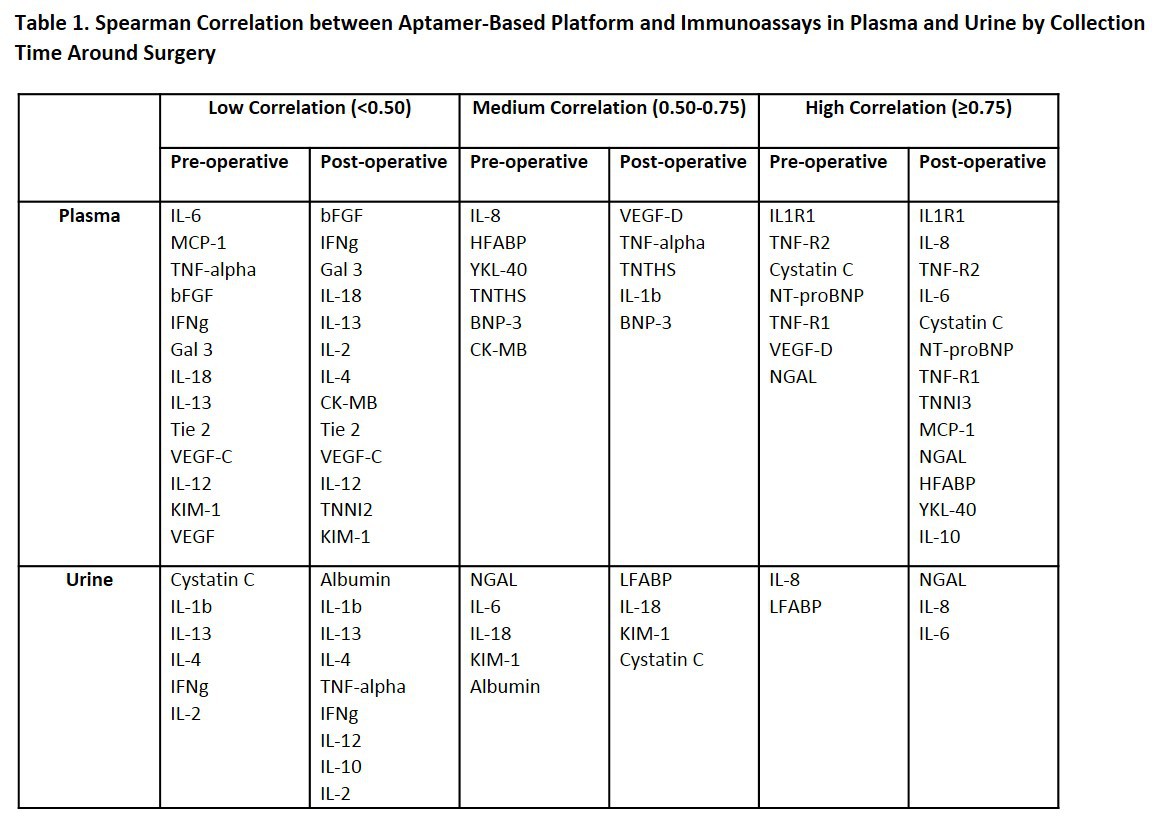