Arterial hypertension (AH) in preeclampsia (PE) is in part due to increased sodium reabsorption in the kidney. One of the major pathways for salt reabsorption is the Na-Cl cotransporter (NCC), whose expression and activity is modulated by female hormones (AJP Renal, 2015). Here we assessed the presence of NCC and NKCC2 in urinary exosomes of women with PE as compared with women with healthy pregnant (HP).

We included ten women diagnosed with severe PE (ACOG 2013; SBP ≥160mmHg or DBP ≥ 110mmHg, protein/creatinine ratio > than 0.3mg/dl), which were matched with a HP patients by age and gestation weeks. The urine sample was taken at the time of detection of arterial hypertension with criteria of severity. Urinary exosomes were used for Western Blot analysis for total and phosphorylated NCC, NKCC2 and the kinase SPAK. Serum and urinary electrolytes were measured.

Our data revealed increased expression/activation of NCC and NKCC2 in PE, suggesting the participation of these cotransporters in the development of AH. The increased phosphorylation of SPAK/OSR1 suggests that these kinases are responsible for NCC and NKCC2 activation. 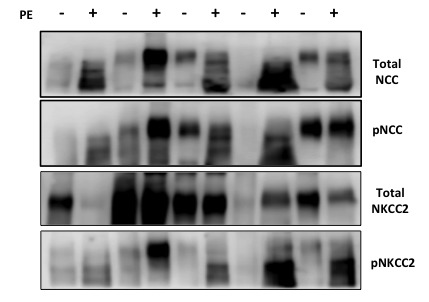 Figure 1. Total and phosphorylated NCC and NKCC2 in five PE and HP patients