Relative blood volume (RBV) and central venous oxygen saturation (ScvO2) monitoring is increasingly adopted. We previously identified that at higher ScvO2 levels, that RBV had only a small effect on mortality risk, whereas at lower ScvO2 levels, RBV tends to drive mortality risk. In this study, we further explored the association between RBV and ScvO2 values on all-cause mortality.

This is a retrospective multicenter cohort study of HD patients with central-venous catheter (CVC) as vascular access from 17 Renal Research Institute clinics from January 2012 to June 2017 where the Crit-Line® Monitor (CLM) is used. The CLM allows for monitoring of extracorporeal hematocrit (Hct) and ScvO2. The patients were stratified into 2 groups depending on their RBV and ScvO2 at 3 hours (mean values between minutes 170 and 190) into HD.

We included 151 patients with a total of 3,937 HD treatments. The median follow-up time was 2.8 years. The patients were stratified into 2 groups, 52 patients with their RBV larger than 91.74% and ScvO2 lower than 56.72% at 3 hours into HD were labeled right corner patients (based on the position from our last study [1]). The results indicate a significantly increased mortality in patients with lower ScvO2 and higher RBV levels compared to others (Figure 1 KM plot). Multivariate Cox analysis with different levels of adjustments corroborated the higher hazards ratios for all-cause mortality in these patients.

We found that patients with lower ScvO2 and higher RBV levels had higher mortality. These findings may be related to patients’ volume status and cardiac function. 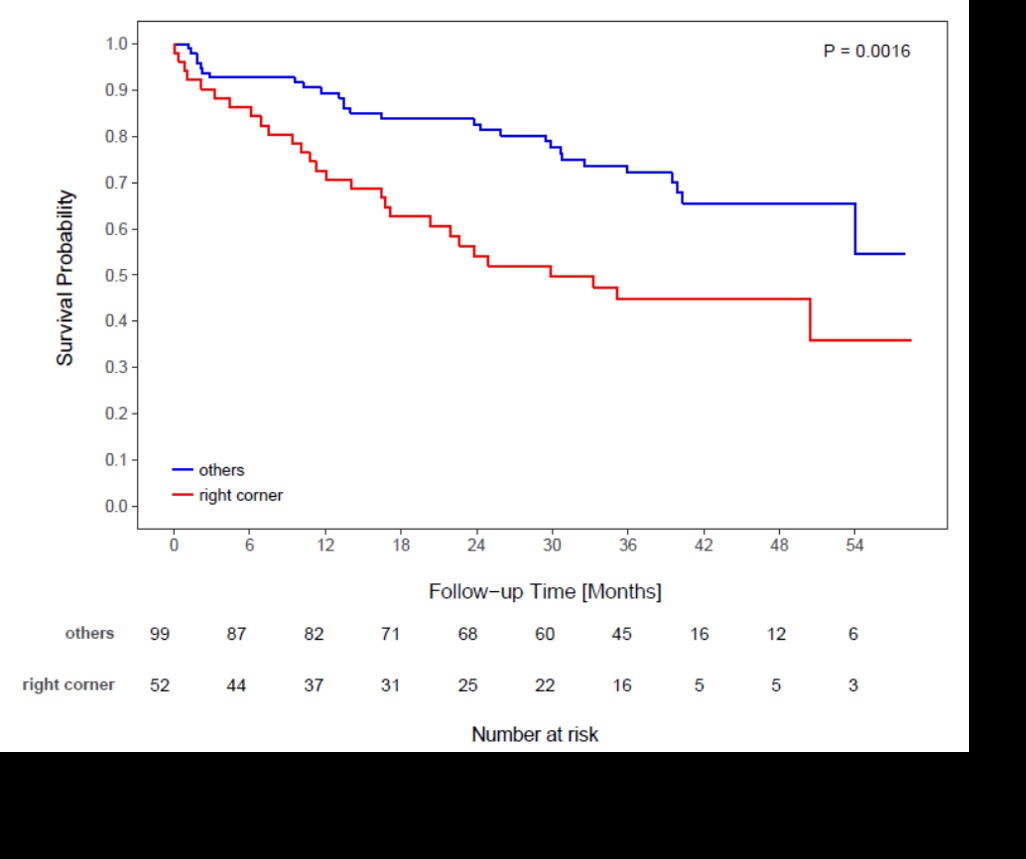