Experimental studies support a role of complement activation through the lectin pathway in diabetic nephropathy (DN). We evaluated urinary levels of C5b-9 membrane attack complex (MAC) in patients with overt DN, tested associations with eGFR decline, proteinuria and inflammatory biomarkers.

This is a prospective observational cohort study of patients with overt DN followed for 2.1 years (1.6-2.8) from hospitals affiliated with the University of Montreal. We obtained repeated measurements of proteinuria, urinary MAC and inflammatory biomarkers expressed as urinary creatinine ratios. We also compare levels to patients with MGN, FSGS, AAV and IgAN.

Complement MAC is present in the urine of patients with overt DN and higher levels correlate with a more rapid rate of renal function decline. At similar proteinurias, patients with DN had similar or higher levels compared to those with MGN, FSGS, AAV and IgAN. These findings support that urinary C5b-9 excretion in DN is not solely caused by a passive filtration of plasma C5b-9, but is locally expressed and implicated in the pathogenesis of DN. 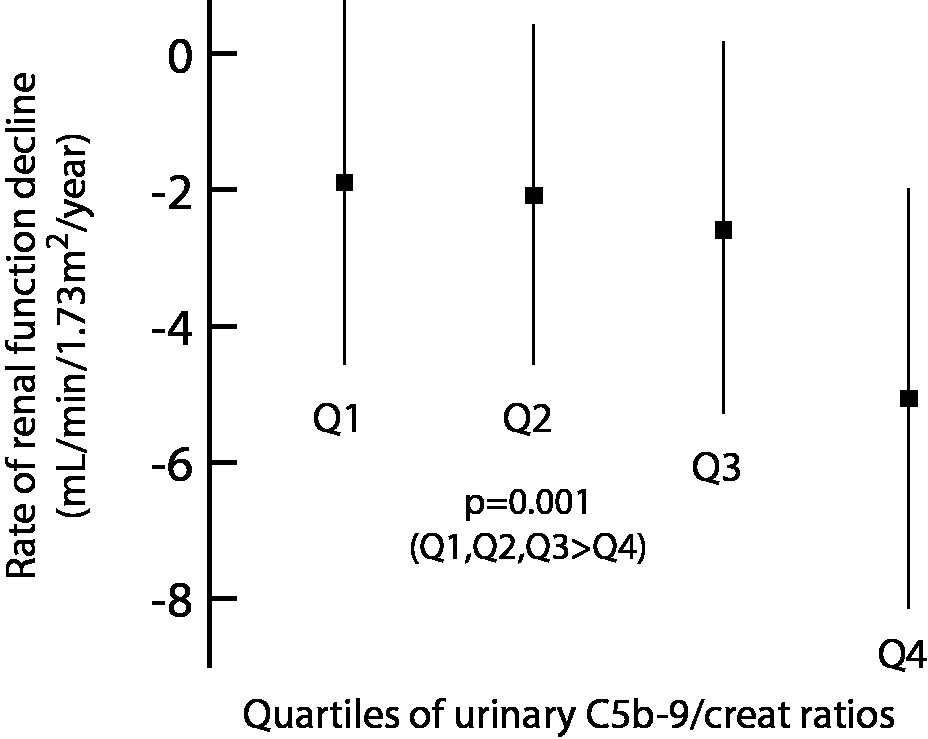