We conducted a retrospective cohort study using the Truven Healthcare MarketScan® Commercial Claims and Encounters and Medicare Supplemental and Coordination of Benefits database between 2000 and 2014. Patients with LN were identified using modifications to a validated claims data algorithm [2]. Herpes zoster cases were identified using ICD9 codes 053.xx. All patients received medical care in the U.S. and had 6 months of continuous medical and drug coverage ± first LN diagnosis (i.e. index). End of study was the first of end of enrollment or end of database.

Patients with LN appear to be at increased risk for herpes zoster relative to the general population. A substantial minority of LN patients with herpes zoster develop dissemination. Further characterization of the relative contributions of age, immunosuppressive therapies, and disease factors is warranted. 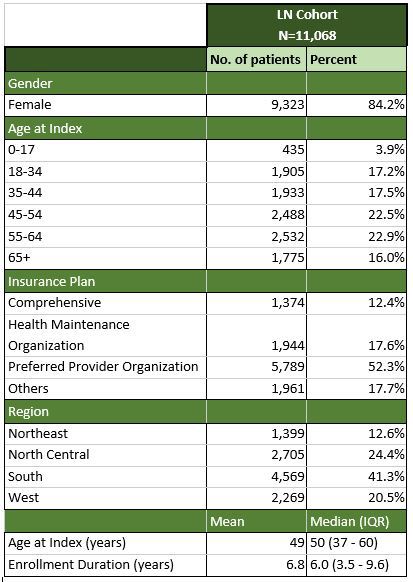