BK virus (BKV) nephritis is a common cause of allograft dysfunction, which is related to the level of immunosuppression. Since no specific antiviral treatment is available, predictive markers that could help clinicians personalize the level of immunosuppression given to a specific patient are needed. Aims: to evaluate BKV seroprevalence in kidney donors and recipients as a predictive factor of BKV viruria, viremia and BKV nephritis in the post-transplant period.

BK-IgG ELISA qualitative test (MyBioSource Inc, San Diego, CA), was measured in 169 pts (81 donors and 88 recipients) before kidney transplantation. 76 recipients were followed post-transplant with BKV-PCR in blood and urine at 1, 3, 6, 9, and 12 months after transplantation. In addition, protocol biopsies at 3 and 12 months, and for-cause biopsies due to allograft dysfunction were performed.

BKV seroprevalence in Mexican population was 58.0% in donors and 62.5% in kidney transplant recipients. No correlation was observed between pretransplant serological status of donor and/or recipient and the post-transplant development of BKV viruria, viremia, and nephritis. 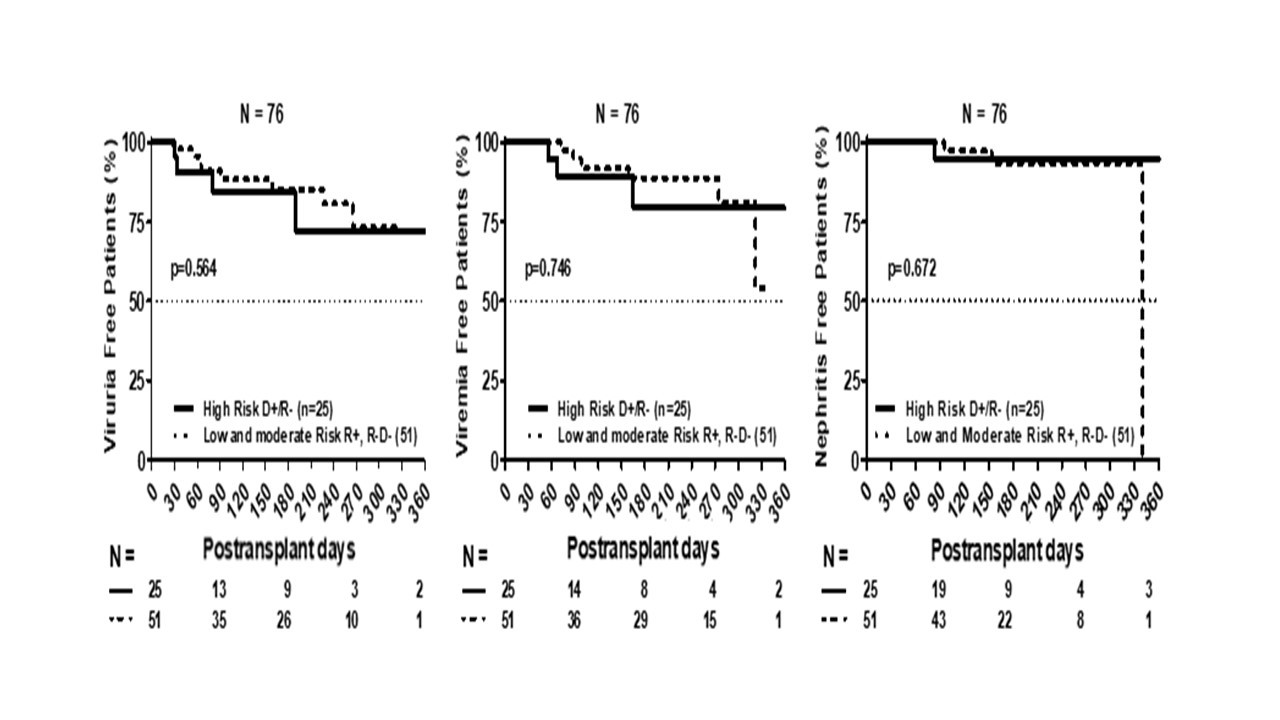