Primary membranous nephropathy (PMN) is characterized by the presence of antibodies to the podocyte, but little is known on circulating T and B cell populations, especially the percentages of TFH and Breg.

We performed a comprehensive follow-cytometric analysis of 38 T and B lymphocyte subpopulations, including intracellular staining for IFN-g, IL-4, and IL-17 production in 16 patients with severe PMN and compared them with 12 age-matched healthy individuals.

Within the T cell compartment, we found that patients with PMN had significantly fewer CD4+CD25+CD127lo Tregs (Treg; p=0.04), IL-17+CD4+ TH17 cells (p=0.01), and CD4+CXCR5+PD1+ TFH cells (p=0.02) than healthy controls (Figure 1A). While CD4+CD45RO+CD27- effector T cells were not differentially increased in PMN patients compared to healthy controls, they positively correlated with proteinuria in the PMN patients at baseline (r2=0.33; p=0.02). Within the B cell compartment, PMN patients had significantly fewer CD19+CD27+IgD+ unswitched B cells (p=0.01) and CD19+IgD+CD27-CD24loCD38lo naïve transitional B cells (p<0.0001) and significantly more CD19+CD25+CD71+ Bregs (p=0.046) than healthy controls (Figure 1B). Within PMN patients, we did not find a relationship between anti-PLA2R antibodies and any of the T or B cell subsets investigated. 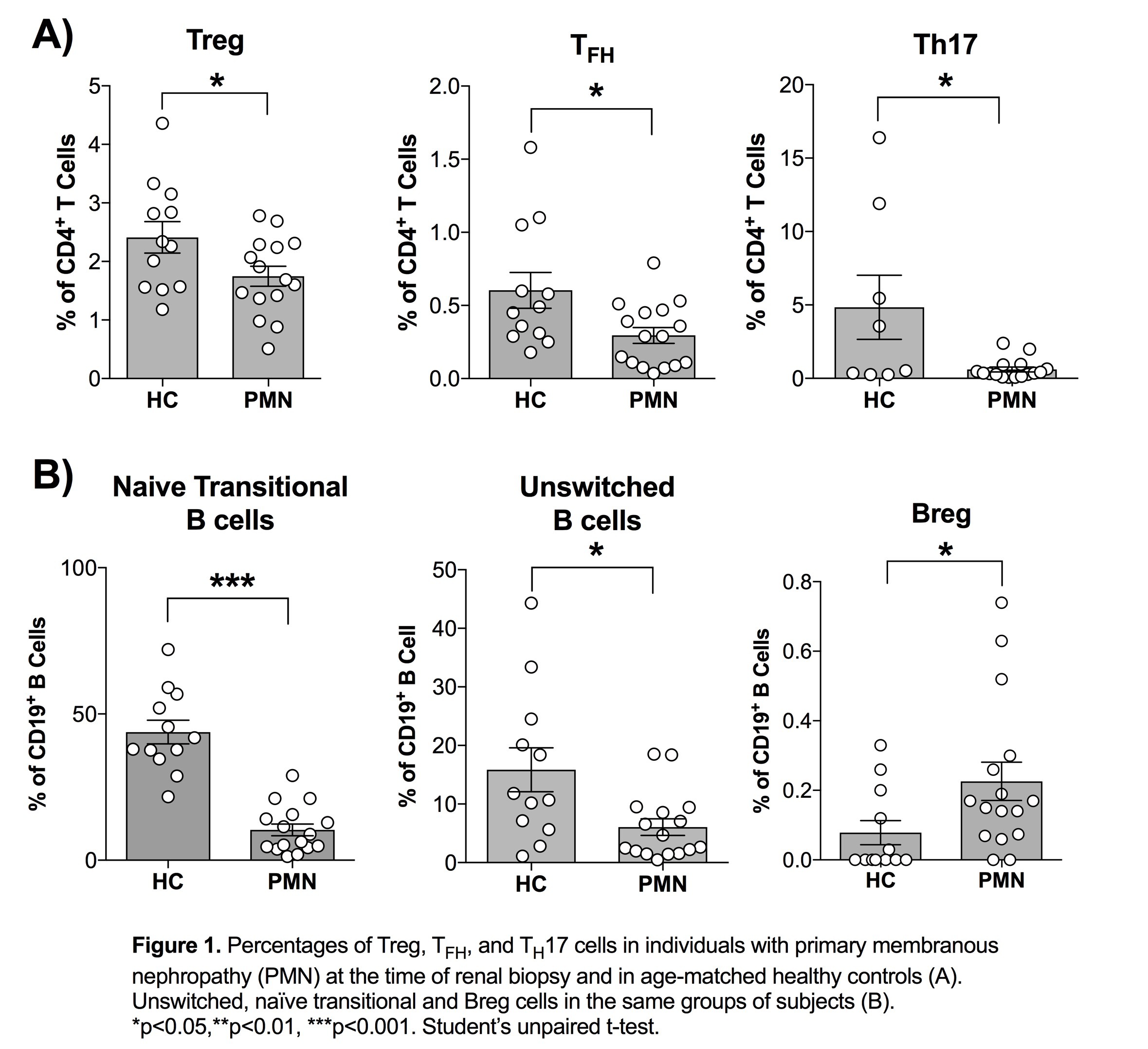