Recent studies have highlighted that gut microbiota is a key origin of uremic retention solutes in patients with chronic kidney disease, and is involved in triggering systemic microinflammation. The objective of this study was to evaluate the effects of probiotics on the gut microbiota profile and inflammatory markers in hemodialysis (HD) patients.

Twenty-three patients remained in the probiotic group(Pro2) and 22 in the placebo group(PL2). Compared with the placebo group, probiotics did not induce major changes in the faecal microbiome. The alpha and beta diversity of gut microbiota in probiotic group were not significantly different from placebo group（Fig.1(A)and(B)). However, according to the Linear discriminant analysis coupled with effect size measurements (LEfSe) further identified four bacterial families that significantly changed. Particularly, Family Enterococcaceae was increased, while Ruminococcaceae was reduced in probiotic group. In addition, the plasma levels of inflammatory markers and endotoxin were not affected by probiotics.

In HD patients, probiotics did not significantly induce major alterations in the fecal microbiome but several specific bacteria relative abundance were restored. 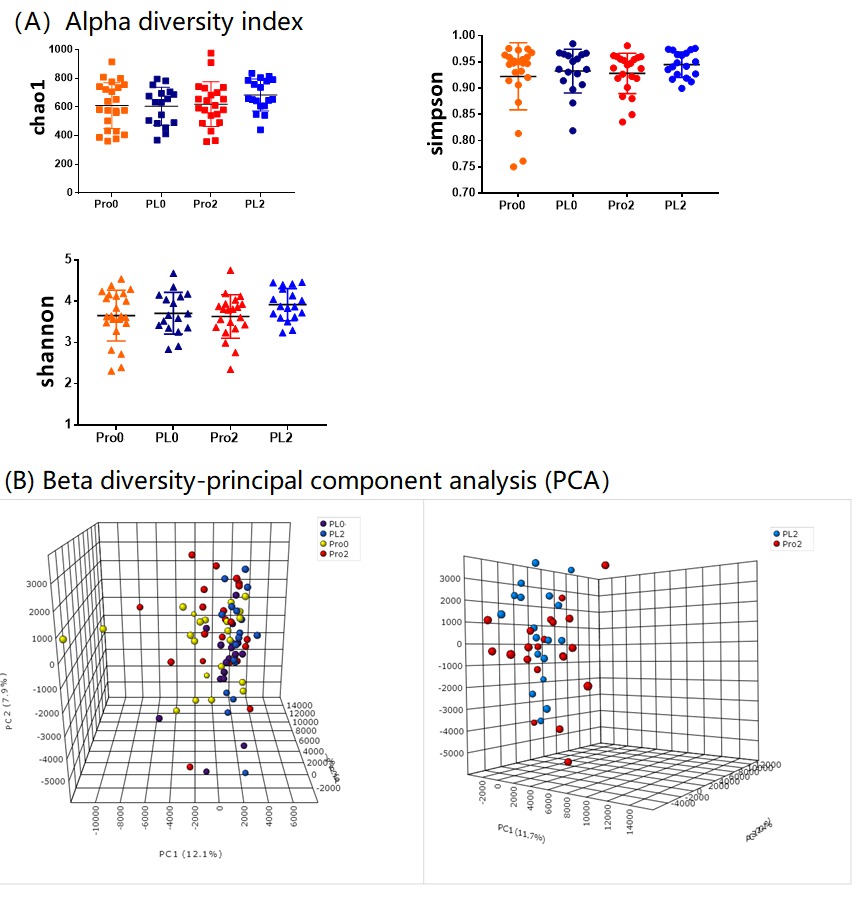