Glomerular activation of lectin pathway （LP） was reported in IgA nephropathy (IgAN), and further associated with disease severity and therapy. Besides mannose-binding lectin (MBL) and ficolin, which could recognize glycans of IgA1 and lead to LP complement activation in IgAN, collectin-11 (CL-11) is a newly identified recognition molecule in LP. Here we explored the involvement of CL-11 in complement activation of IgAN.

In our IgAN patients, 36.7% (22/60) had mesangial CL11 deposition. Among them, 14 also had MBL and ficolin deposition, 1 had MBL without ficolin, 4 had ficolin without MBL, while 3 without MBL or ficolin. All of the 22 IgAN patients with mesangial CL-11 deposition, presented with MASP (MASP2 or MASP1/3), C4d, C3 and MAC deposition, which co-localized with CL-11. In vitro, pIgA1 showed a Ca2+-independent binding with CL-11, and the binding was in a dose-dependent manner. Between concentrations of 0.625-2.5 ug/ml, pIgA1 showed significantly higher binding to CL-11 than mIgA1, while Gd/SAd-IgA1 had significantly higher binding to CL-11 than SAd-IgA1 and IgA1.

Our results suggested collectin-11 as a recognition molecule in LP in IgAN. Collectin-11 prone to bind with aberrant glycosylated polymeric IgA1, which might contribute to the glomerular complement activation of LP in IgAN. 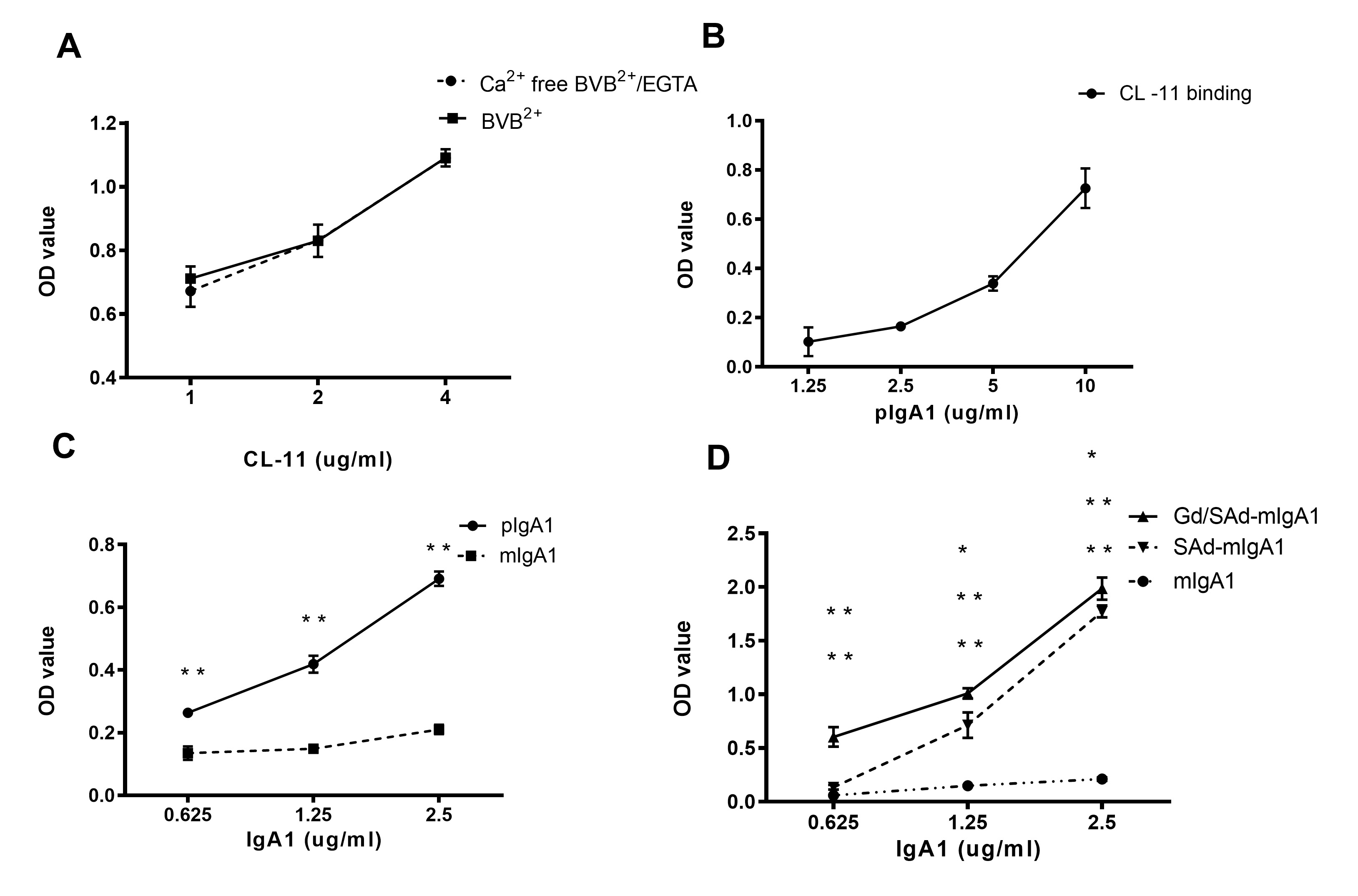