Children with chronic kidney disease (CKD) are at risk for neurocognitive deficit. Neuroimaging studies provide the opportunity to accurately assess the brain and provide clues to the underlying mechanisms of observed neurocognitive abnormalities. To date, only a few published studies exist evaluating brain structure in pediatric CKD and often involve heterogenous samples with late CKD/end-stage populations of varying etiologies.

Our data link volumetric differences noted most prominently in the cerebellums of CKD participants with lower eGFR. It is possible that the decline in renal function associated with CKD may perpetuate these findings.Understanding the influence of pediatric CKD progression and severity on the developing brain may allow enhanced awareness of the role of disease progression on neurodevelopmental outcomes in childhood and inform new approaches to treatment and patient education across the CKD lifespan. 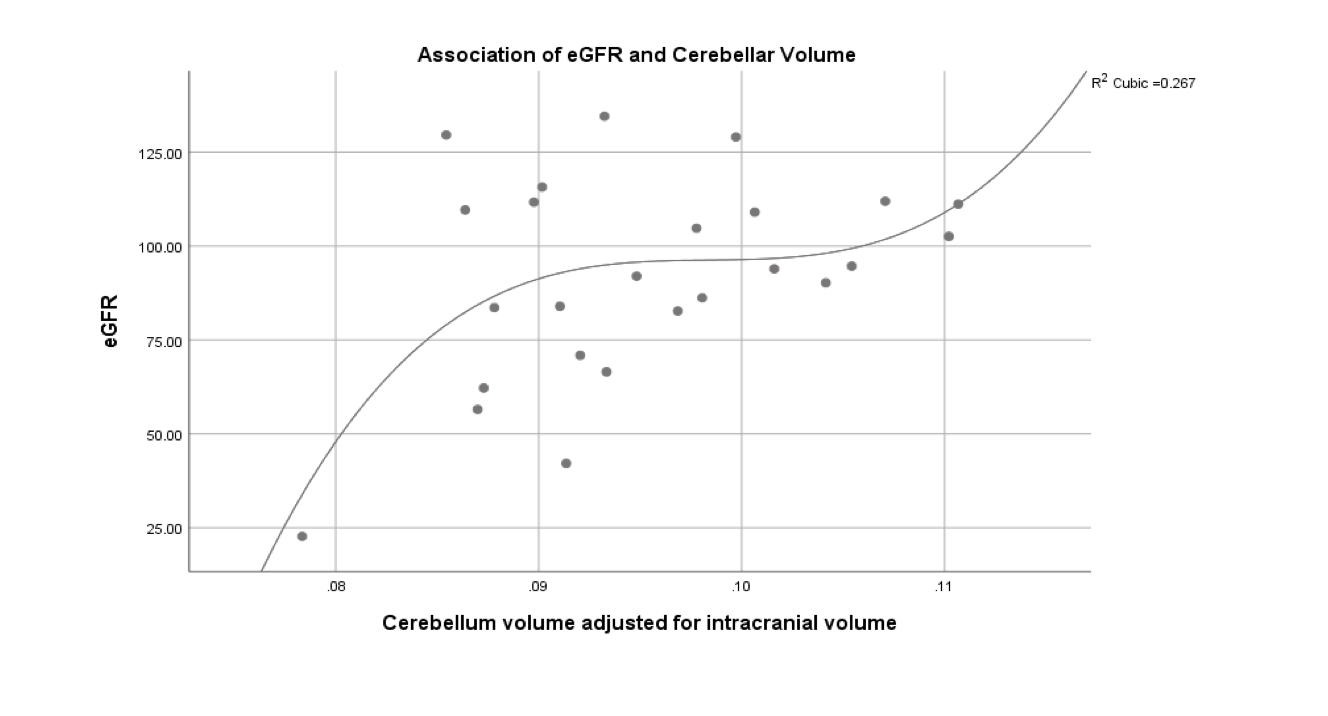