While cryptococcal meningitis (CM) has been reported in HIV-negative persons with ESKD, its epidemiology is poorly described

ESKD patients without HIV are at risk for cryptococcal meningitis, and nephrologists should be aware of this risk. Mortality among those on dialysis is significantly higher than among those with a kidney transplant, perhaps reflecting underlying severe comorbidities causing the immune suppression among affected dialysis patients. 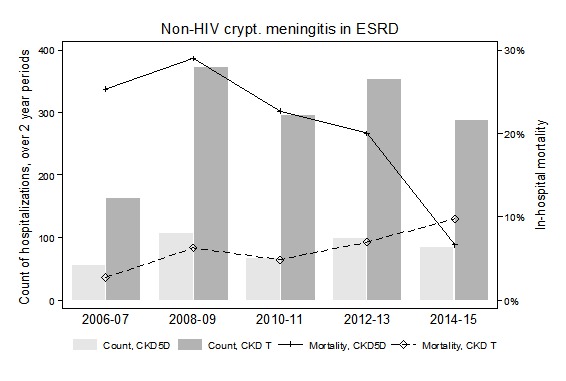