Disruption of intracellular calcium (iCa2+) likely underlies the upregulation of cAMP signaling and the proliferative and secretory phenotype of the cystic epithelium in ADPKD. However, the mechanisms by which polycystins reduce iCa2+ remain elusive. Impaired flow-induced Ca2+ entry through ciliary polycystin complex has been previously proposed as a pathogenic mechanism, but newer evidence suggests the involvement of polycystins in modulation of other mechanosensitive ion channels such as Piezo1, the novel stretch-activated cation channel. We hypothesized that polycystins, through their physical and functional interaction with Piezo1, modulate various cellular responses to mechanical stimulation. 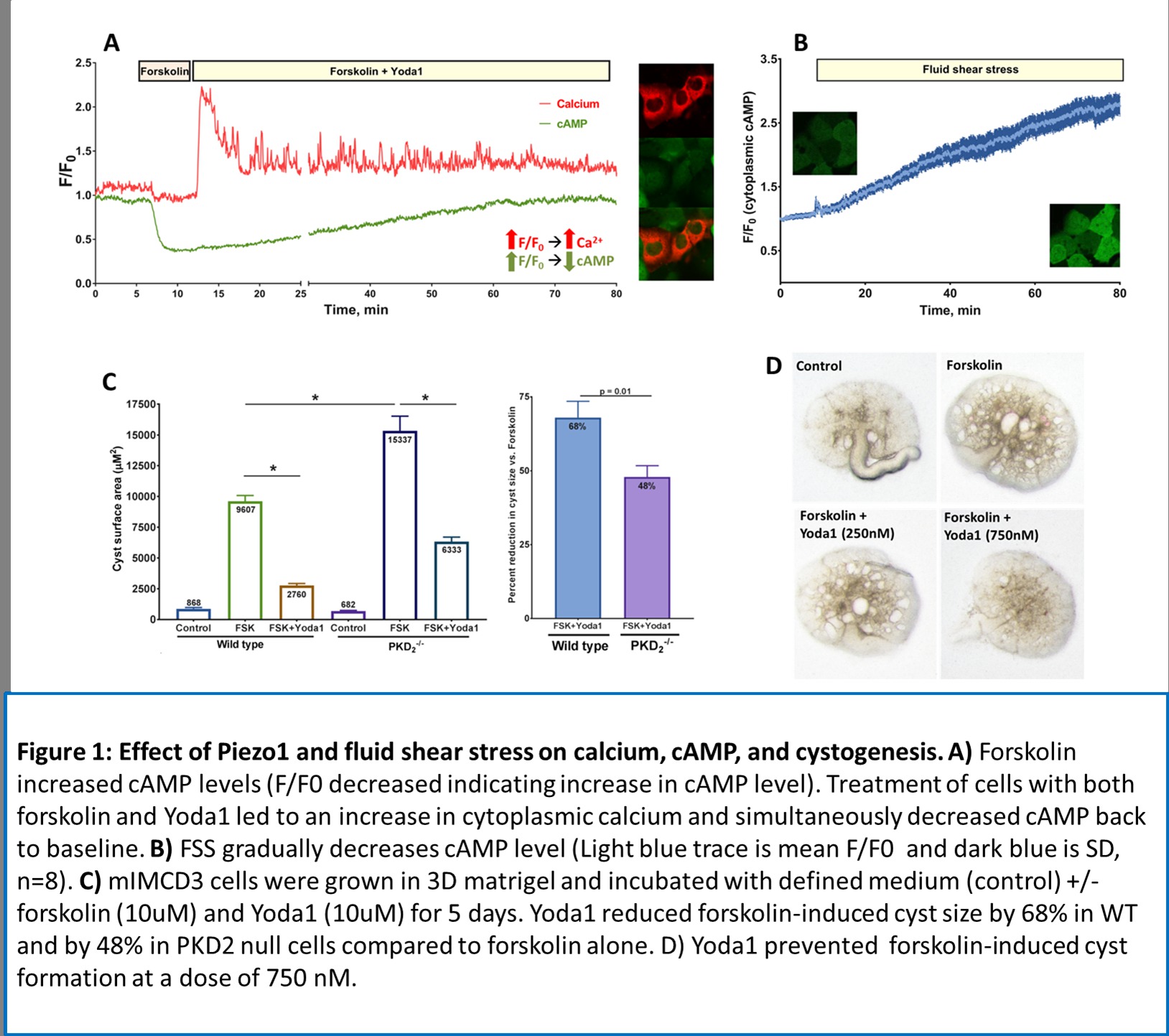