Factors Associated with Incident Diabetes in Patients with Glomerular Disease: The CureGN Study

Factors Associated with Incident Diabetes in Patients with Glomerular Disease: The CureGN Study

Incident diabetes was more common in MN than other glomerular diseases, possibly due to older age at presentation of this disease. The absence of a difference in steroid exposure between those with versus without incident diabetes was unexpected and will be the focus of future analyses. 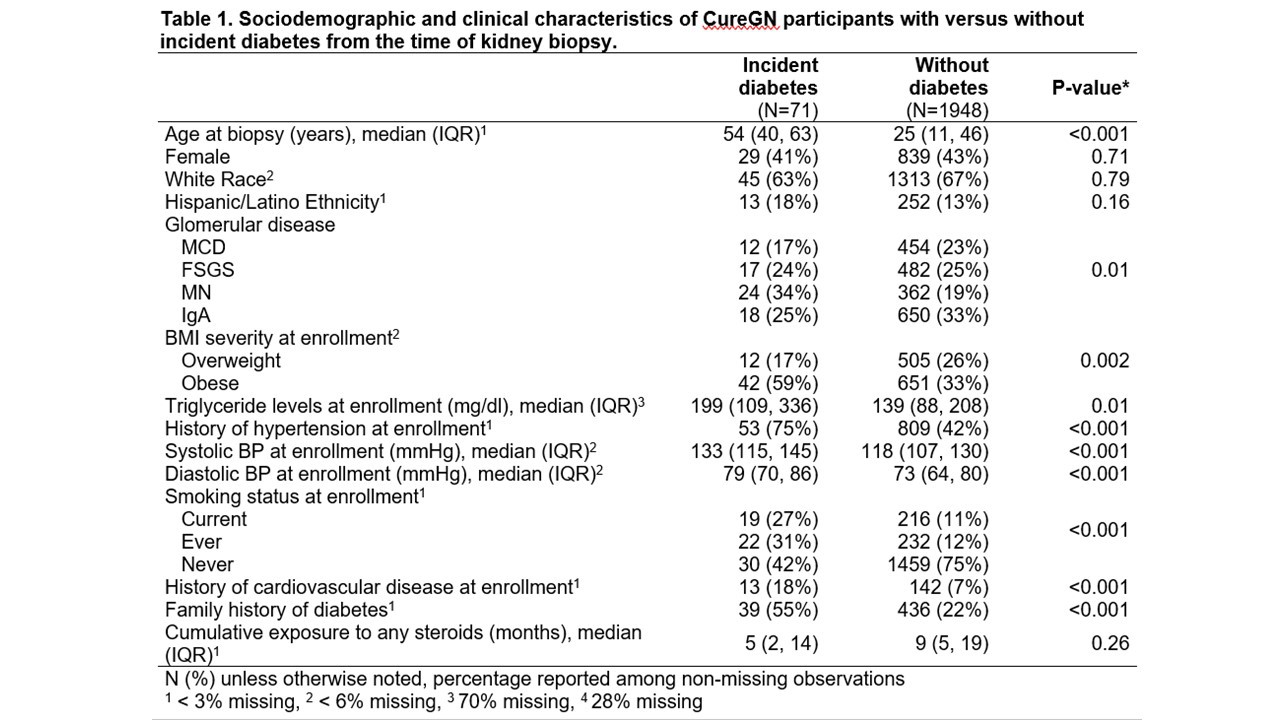