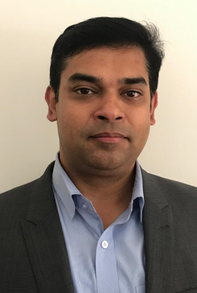 Nitesh Rao is a Consultant Nephrologist at the Northern Adelaide Local Health Network and a clinical senior lecturer of medicine at the University of Adelaide. He was awarded Master of Philosophy in medical science from the University of Adelaide with main research interests in improving cardiovascular outcomes in patients with chronic kidney disease and kidney transplant recipients.

Cardiovascular morbidity and mortality remains high in recipients of kidney transplantation. Persistence of a functional arteriovenous fistula (AVF) post-transplant may contribute to maladaptive cardiovascular remodeling. In this study we aimed to determine whether ligation of AVF would improve myocardial mass in stable kidney transplant recipients, assessed at baseline and 6 months after closure using cardiac magnetic resonance imaging (CMR).

Of the 93 participants assessed for eligibility, 63 eligible participants underwent randomisation: 32 to the intervention and 31 to non-intervention. 54 out of 63 participants completed the study. At the end of 6 months, a decrease of 21.6 gm (95% CI -32.1to -11.0, p<0.001) was observed between the mean LV mass in the AV fistula closure group compared to no significant change in the non-intervention control group. The difference in LV mass index (gm/m2) was a drop by 11.7 gm (95 % CI -17.2 - -6.1, p<0.001) in the intervention group from the baseline versus no change in the control group. Decrease in LV end diastolic volume, LV end systolic volume, right ventricular and bi-atrial volumes were also observed in the AVF closure group. No significant complications were noted after AVF ligation.