The mineralocorticoid receptor antagonist spironolactone significantly reduces albuminuria in patients with diabetic kidney disease, albeit with a large between individual variability. We previously identified a panel of systems biology derived urinary metabolites for prediction of albuminuria response to spironolactone therapy.1 Here we validate this metabolite panel in an external cohort.

Data and samples were used from a randomized placebo controlled double blind clinical trial.2 Patients with diabetes, hypertension, and albuminuria (urine albumin-to-creatinine ratio ≥300 mg/g) who all received lisinopril 80 mg/day were randomly assigned to placebo (n=23) or spironolactone 25 mg/day (n=20) for 48 weeks. Urine samples were obtained at baseline, 24 and 48 weeks, and LC-MS metabolomics measurements were performed on the baseline samples. We used leave-one-out cross-validated optimism corrected ridge regression to predict albuminuria response to spironolactone.

We validated a previously identified panel of 18 urinary biogenic amines and organic acids to predict albuminuria response to spironolactone. These results suggest that this urinary metabolite panel may be used as a tool to tailor optimal therapy in diabetes and move in the direction of personalized medicine. 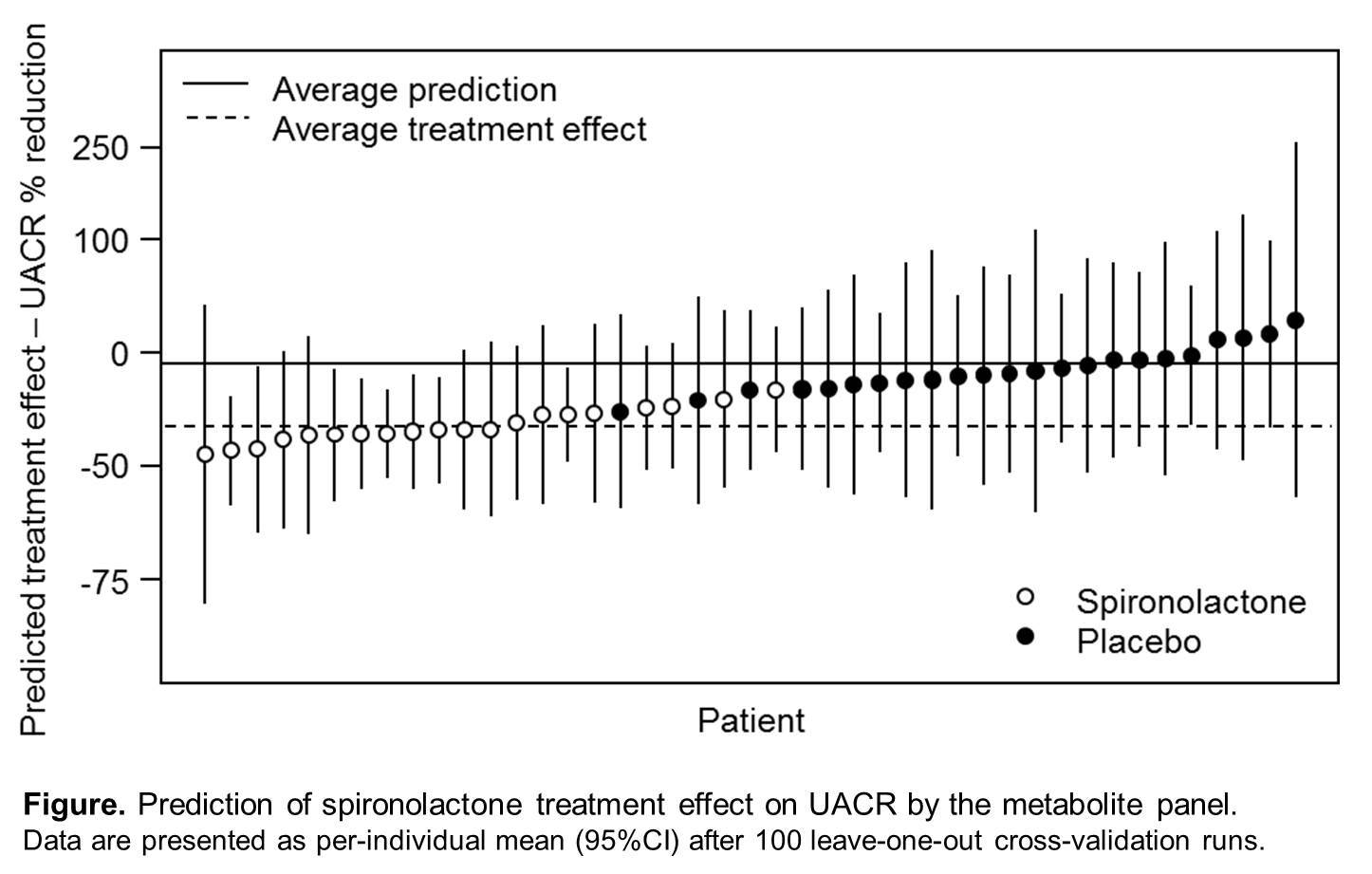