Diet and Renal Function in the ELSA-Brasil Cohort: A Mediation Analysis

Diet and Renal Function in the ELSA-Brasil Cohort: A Mediation Analysis

Previous studies suggest the influence of diet on renal function. The aim of this study was to investigate the associations between diet and renal function among adults in Brazil.

The Brazilian Longitudinal Study of Adult Health (ELSA-Brasil) is the largest cohort study in Latin America, with 15,105 participants from 6 cities in Brazil. We have identified 4 dietary patterns in this cohort: 1) Traditional Brazilian, 2) Low sugar/low fat, 3) Fruits and vegetables, and 4) Bakery. Renal function was based on microalbuminuria and glomerular filtration rate (GFR) estimated through CKD-EPI formula. Association between dietary patterns and renal function was investigated through mediation analysis. 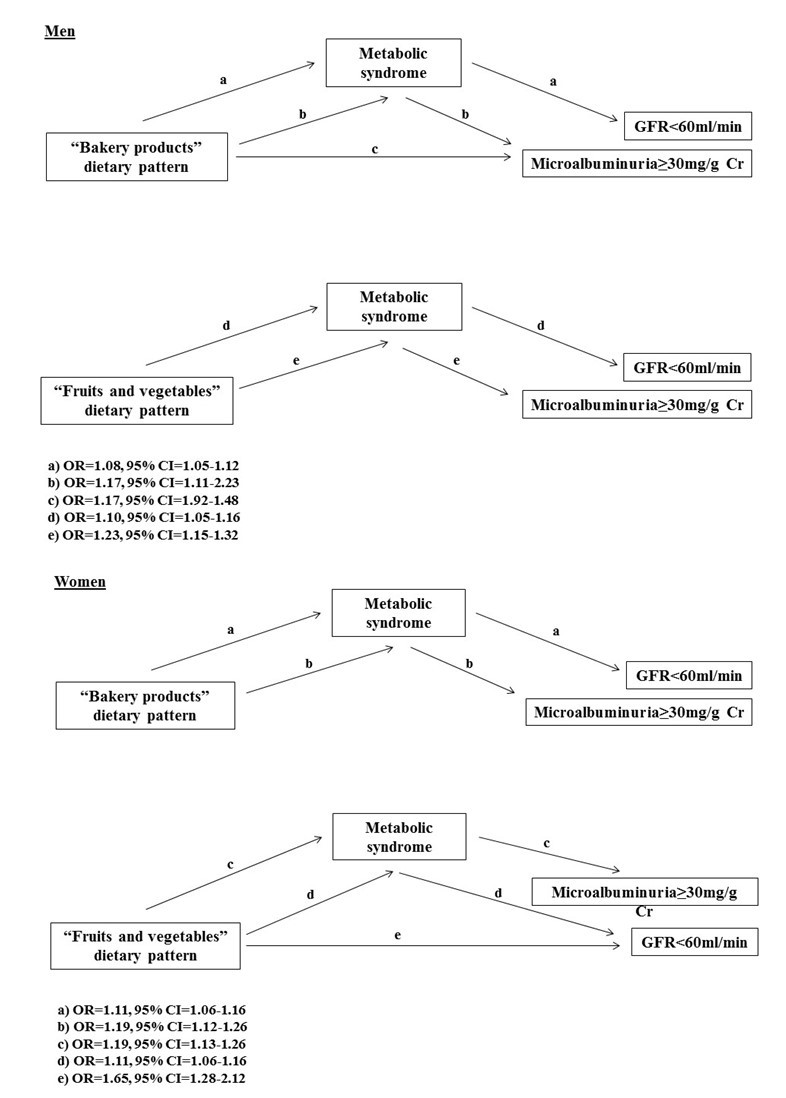