OW and CUMC pts were similar in age, sex, and race; the CureGN cohort had a greater representation of African-Americans compared to the CUMC and OW. OW pts had, on average, lower eGFR than both CUMC and CureGN ones. For each disease subtype, disease activity in the OW cohort was equal or higher than disease activity in both the entire CureGN and the CUMC cohort (Fig1). When limiting our comparisons to disease activity in “incident” CUMC pts (1st diagnostic biopsy within 6 months of enrollment), OW pts demonstrated similar activity rates as incident pts (91% MCD, 60% FSGS, 73% MN, 80% IgA). Disease activity also did not differ by comparison for treatment thresholds.

Disease activity did not differ among pts with shorter vs longer duration of disease. Our OW cohort may include pts with more severe disease variants who still require a careful follow-up >5 years after initial diagnosis. Such pts are potentially highly informative for understanding the clinical course and pathogenesis of glomerulopathies and can help identify risk factors mediating more chronic subtypes of disease. 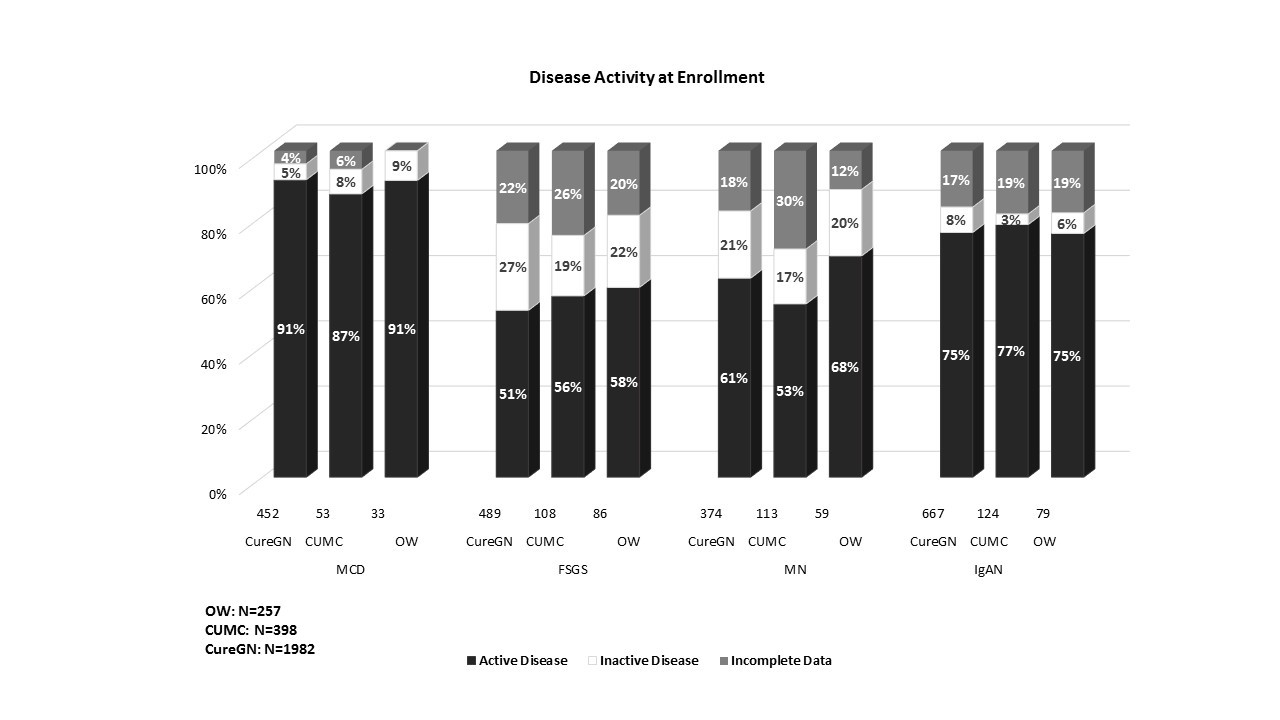