In total, 16 centers participated in structured quality improvement (QI) activities as facilitated by the IROC QI fundamentals course. We prospectively collected clinic BP data from August 2016 to May 2018 and calculated the proportion of visits with appropriate BP measurement according to 5 criteria from published guidelines. For each center, data were analyzed over 2 time periods: a 12-week baseline pre-intervention period and a 20-week post-intervention period. We used run charts to quantify improvements in BP measurement. 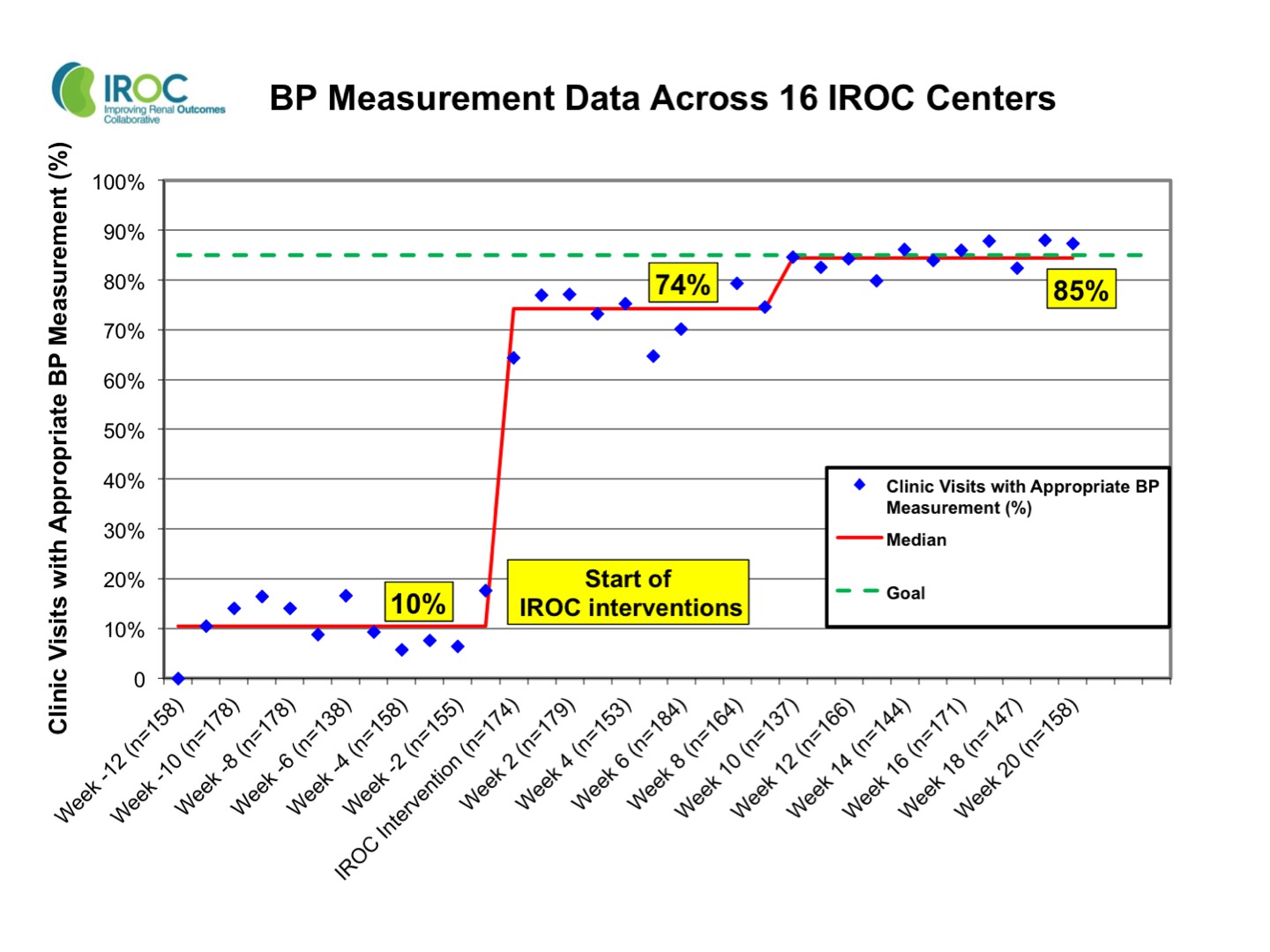