The two different hemofilter designs gave rise to two distinct histograms of PAS. In some animals, the hemofilter with the larger PAS (A) thombosed almost immediately while the other hemofilter (B) did not. In animals where both cartridges remained patent, platelet stress as measured by prothrombinase activity agreed with CFD predictions. Femoral artery flow was disrupted to a greater extent in animals implanted with hemofilter A than Hemofilter B.

We showed that CFD predicted biochemical measures of platelet activation and propensity to thrombosis in an animal model of an implanted hemofilter. Platelet stress is a useful tool to predict thromboembolic complications in blood contacting medical devices. 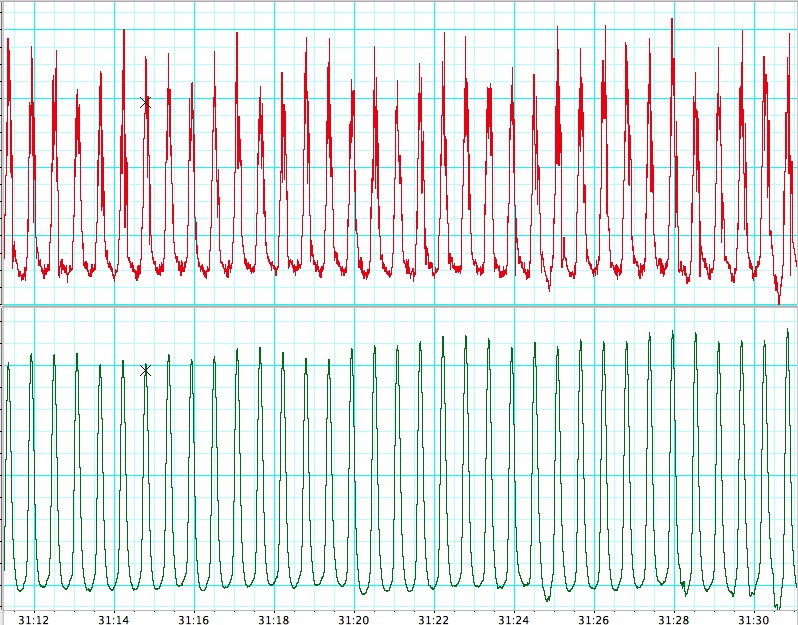 Pulsatile flow was comapred between a femoral artery with a standarized trauma (red) and a contralateral control artery (green). Cyclic variations in flow distinct from respiration arise from transient thrombosis at the arterial trauma.