We studied 16 kidney allograft surveillance biopsies from 16 recipients at 3 months post–transplantation. All biopsies had Banff ci score (interstitial fibrosis) and ct score (tubular atrophy) of zero. Based on the presence of IFTA in the 12-month surveillance biopsy, 10 recipients were classified as 'Progression to IFTA' (Group A, ci score ≥2 and ct score ≥2) and 6 as 'No Progression to IFTA', (Group B, ci/ct scores=0).

We did RNA sequencing of the 16 biopsies and compared the differential abundance of miRNA between Group A and Group B. We did qRT-PCR assay of the top differentially abundant miRNAs.

Sixteen miRNAs were differentially abundant between the groups; 11 increased and 5 decreased in Group A comapred to Group B (Figure 1). All 16 miRNAs, as reported in prior studies, were associated with organ fibrosis. By qRT-PCR assay, the miRNAs discriminated the groups with high degree of accuracy (Figure 2). 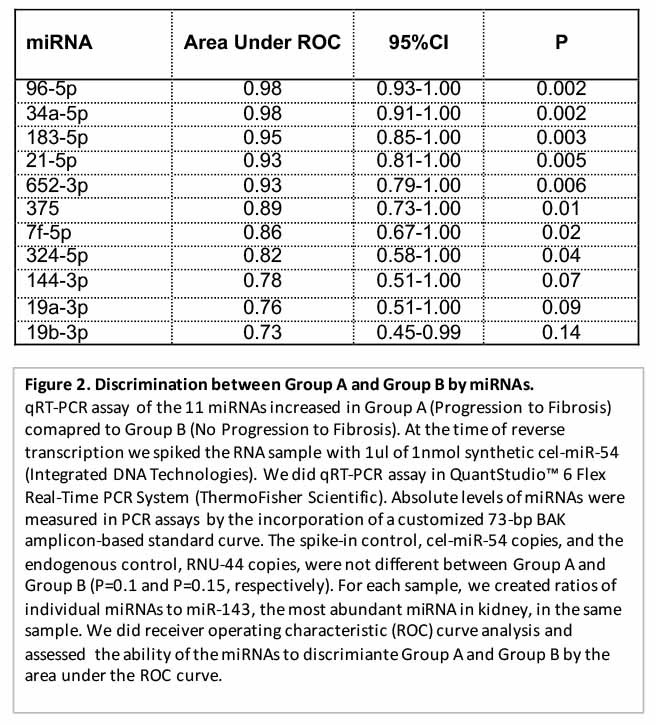