Prior cross sectional studies suggest that health-related quality of life (HRQOL) is worse in patients with active glomerular disease compared with inactive patients. This analysis was conducted to assess changes in longitudinal HRQOL with changing disease status.

Longitudinal data were collected in CureGN, a cohort of patients with minimal change disease, focal segmental glomerulosclerosis, membranous nephropathy, IgA vasculitis or IgA nephropathy. HRQOL was assessed at enrollment and at visits ranging from 1 - 3 times annually for up to 5 years with the Patient Reported Outcomes Measurement Information System (PROMIS). Global Health, Anxiety, and Fatigue domains were measured in all; Mobility was measured in children; and Sleep was measured in adults. Linear mixed effects models were used to evaluate HRQOL responsiveness to changes in disease activity.

416 Children and 1,011 Adults with PROMIS scores were included in the analysis. Edema was associated with all PROMIS domains other than Adult Mental Health (Figure). For example, children with edema resolution had improved Mobility (change +4.1; 95% CI +1.9 to +6.3), while those with edema onset had worse Mobility (change= -2.8 CI=-5.2 to -0.4). Serum albumin also associated with HRQOL for Child Global Health, Child Mobility, and all Adult Domains (effect sizes of +0.8 to +2.1 points per g/dL, p<0.05).

HRQOL, as measured by PROMIS, was responsive to changes in glomerular disease patient edema and serum albumin levels with score changes ranging from 0.3 - 1.3 times the PROMIS minimally important difference of 3. Future studies may reveal a glomerular disease specific PRO instrument to be more sensitive to within patient changes in disease status. 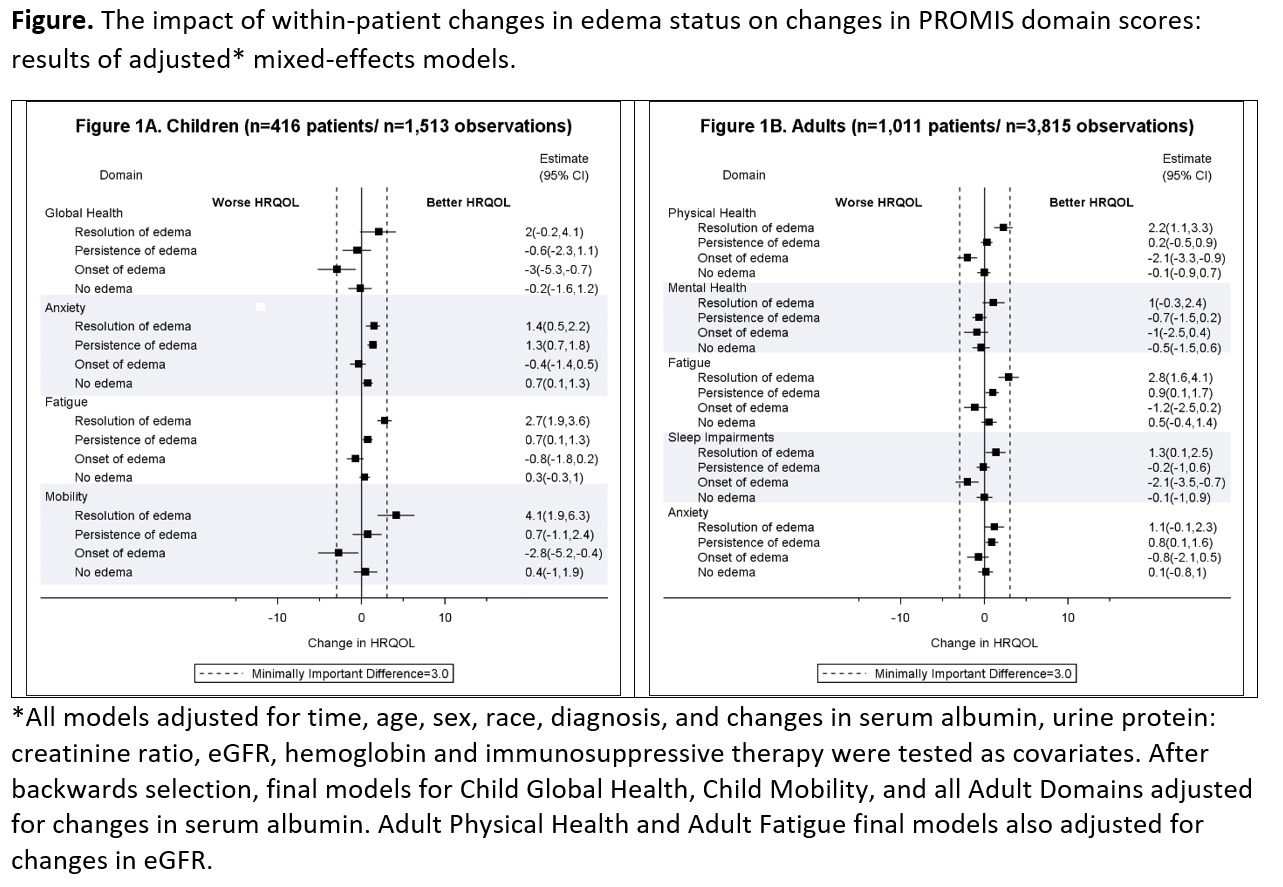