We reported that GSTM1 null allele (GSTM1(0)) is associated with accelerated kidney disease progression in the African Americans Study of Kidney Disease (AASK) participants, and those carrying both GSTM1(0) and APOL1 risk variants had the worst composite outcomes. This suggests a potential interaction between these 2 genes in CKD. Transgenic mice expressing the human APOL1 high risk variants in podocytes did not show kidney disease at baseline; however, females developed preeclampsia during pregnancy. The objective of this study was to investigate whether GSTM1 interacts with APOL1 to influence hypertension (HT) and kidney disease development in a mouse model of CKD.

In experimental CKD, mice carrying podocyte specific APOL1 G2 Tg and deficient of GSTM1 enzyme have worst HT, independent of albuminuria. These results suggest a potential interaction between these two genes in the development of HT in CKD. 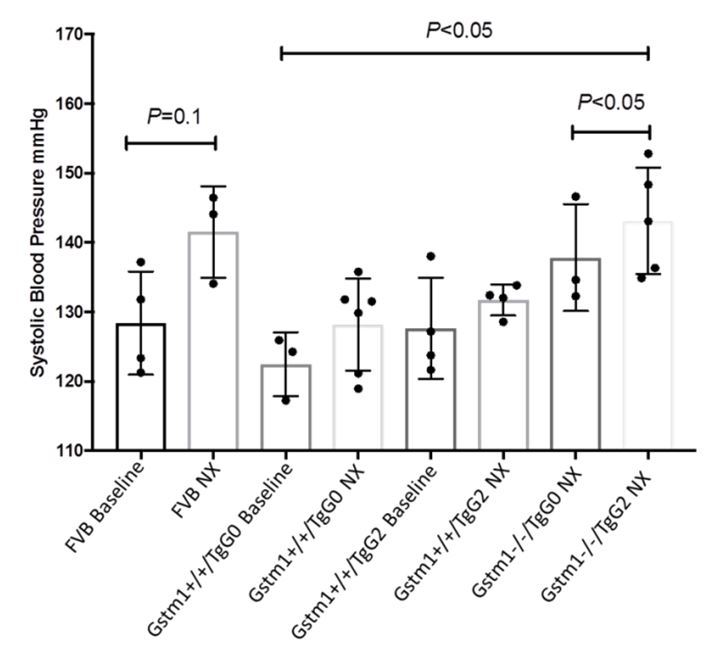 Gstm1-/-/APOL1TgG2 mice had significantly higher SBP compared to other groups.