The FAVORIT trial, a multicenter, double-blind, randomized trial examining the effect of B-vitamin therapy on CVD and mortality, recruited KTRs who were at least 6 months post-transplant. SBP was measured at baseline, and subsequent eGFR values and kidney failure events were assessed. Cox proportional hazards and multivariable linear regression models were used to determine association of SBP with time to ≥50% eGFR decline or dialysis dependence, and annualized eGFR decline, respectively. Restricted cubic spline plots were developed to evaluate the functional form of the relationships. Models were adjusted for demographics, transplant characteristics, baseline eGFR, urine ACR and comorbidities.

In a large sample of stable KTRs, we found no evidence of threshold at which lower baseline SBP was related to higher risk of eGFR decline. While reassuring in light of prior findings of mortality benefit at lower SBP, future trials are required to establish optimal BP targets in KTRs. 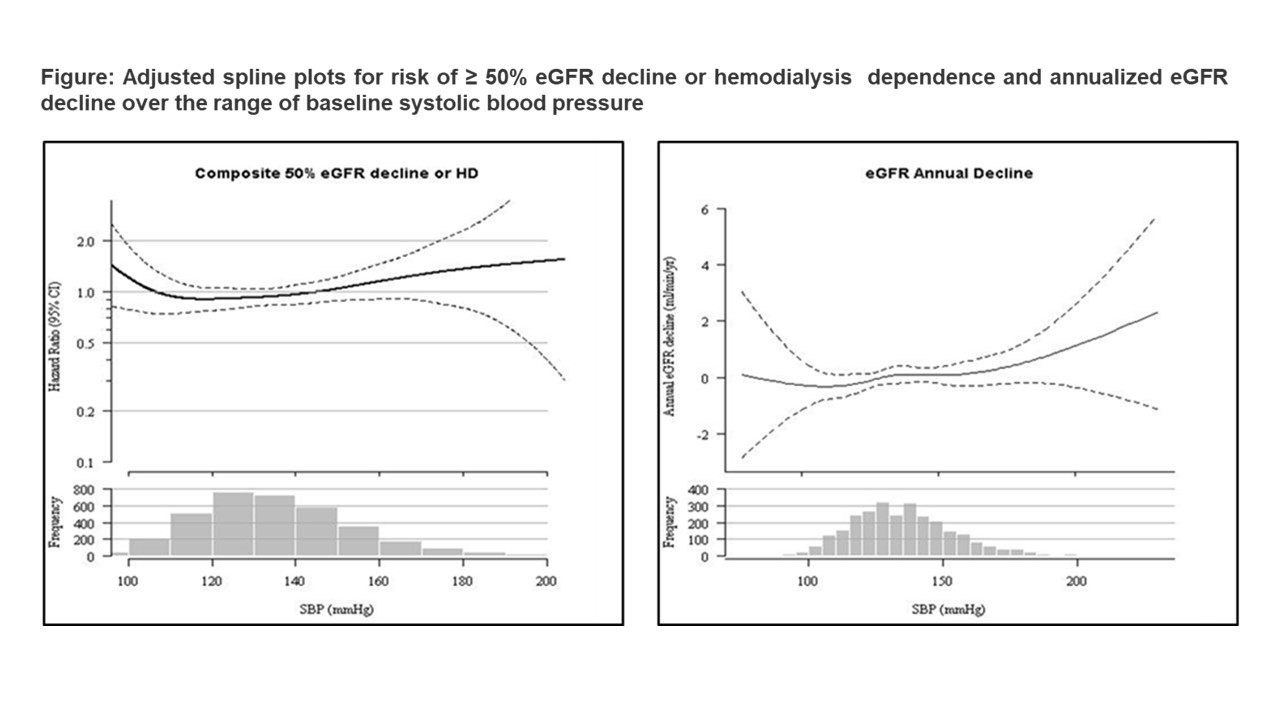