A 60-YOM with ESRD due to IgA nephropathy was being maintained on hemodialysis on a MWF schedule for 4h each treatment using an AVF. He was very compliant with dialysis and with dietary restrictions. However he had persistent pre-dialysis hyperkalemia (peak K of 7 mEq/L and average around 5.5 mEq/L) despite use of a 2 mEq/L potassium dialysate. His Kt/V was 1.6. No access recirculation was present. He did not take RAAS inhibitors or other medications known to cause hyperkalemia. He had previously been prescribed maintenance sodium polystyrene sulfonate which was poorly tolerated. In February 2017 he was scheduled for laparoscopic cholecystectomy, and assistance was requested in lowering his serum potassium levels pre-operatively. He was begun on patiromer 8.4g every Saturday and Sunday which resulted in a marked decrease in his pre-dialysis serum potassium concentrations. He was subsequently maintained on patiromer for over one year (until March 2018) with no further episodes of hyperkalemia (see Figure; arrow depicts duration of patiromer therapy). At the patient’s request the drug was then stopped, leading to an increase in pre-dialysis serum potassium level.

Hyperkalemia can be a persistent problem for patients on chronic hemodialysis. Most guidelines recommend that very low potassium dialysates (< 2 mEq/L) be avoided. In this patient, use of patiromer twice weekly resulted in a long-term stable lowering of the pre-dialysis potassium concentration. To our knowledge this is the longest reported use of scheduled patiromer in a dialysis patient. 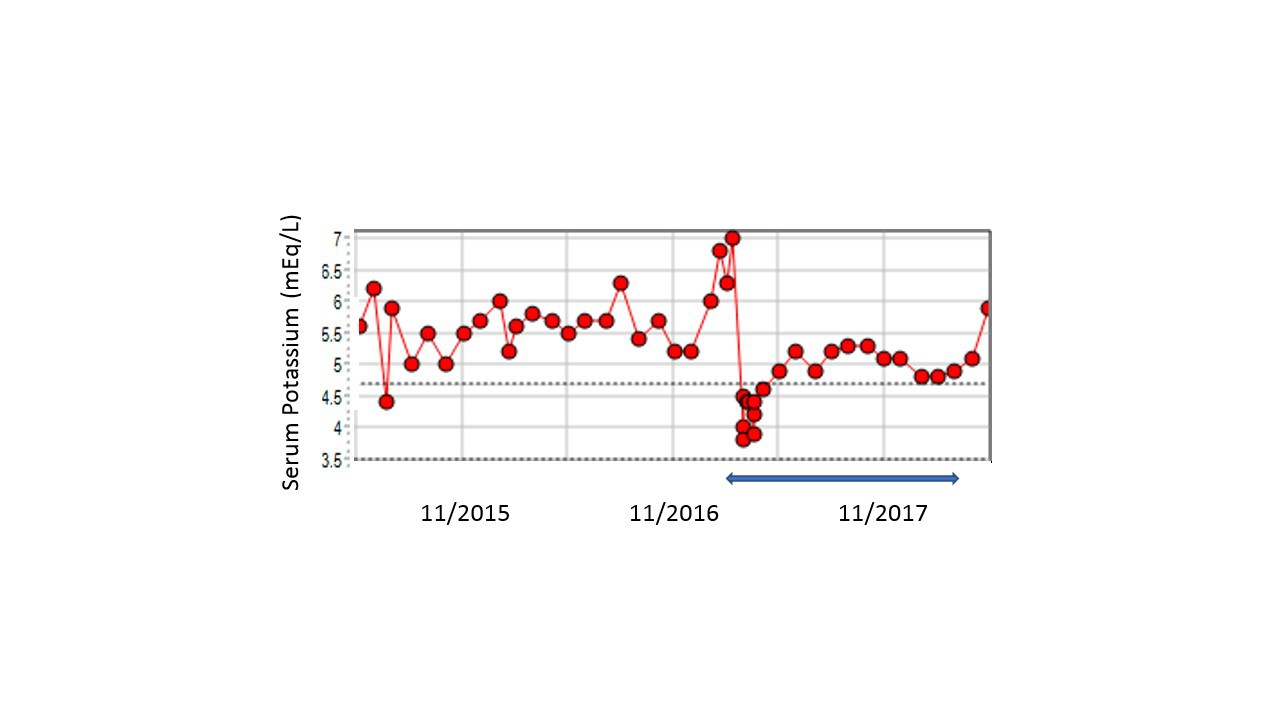