Incident patients in their first 90 days of HD were analyzed. The analysis included 3 periods: before the QI start (Pre-QI); during the QI project (QI); and following the end of the QI project (Post-QI). RBV-M was conducted using Crit-Line® monitors. Hazard ratios were modeled using all hospital admissions during the first 90 days of dialysis. Poisson regression was used to compare hospital days across 3 periods.

The use of RBV-M as part of a QI on fluid management was associated with a decreased rate of hospital admissions and fewer hospital days among incident HD patients during the first 90 days of dialysis. 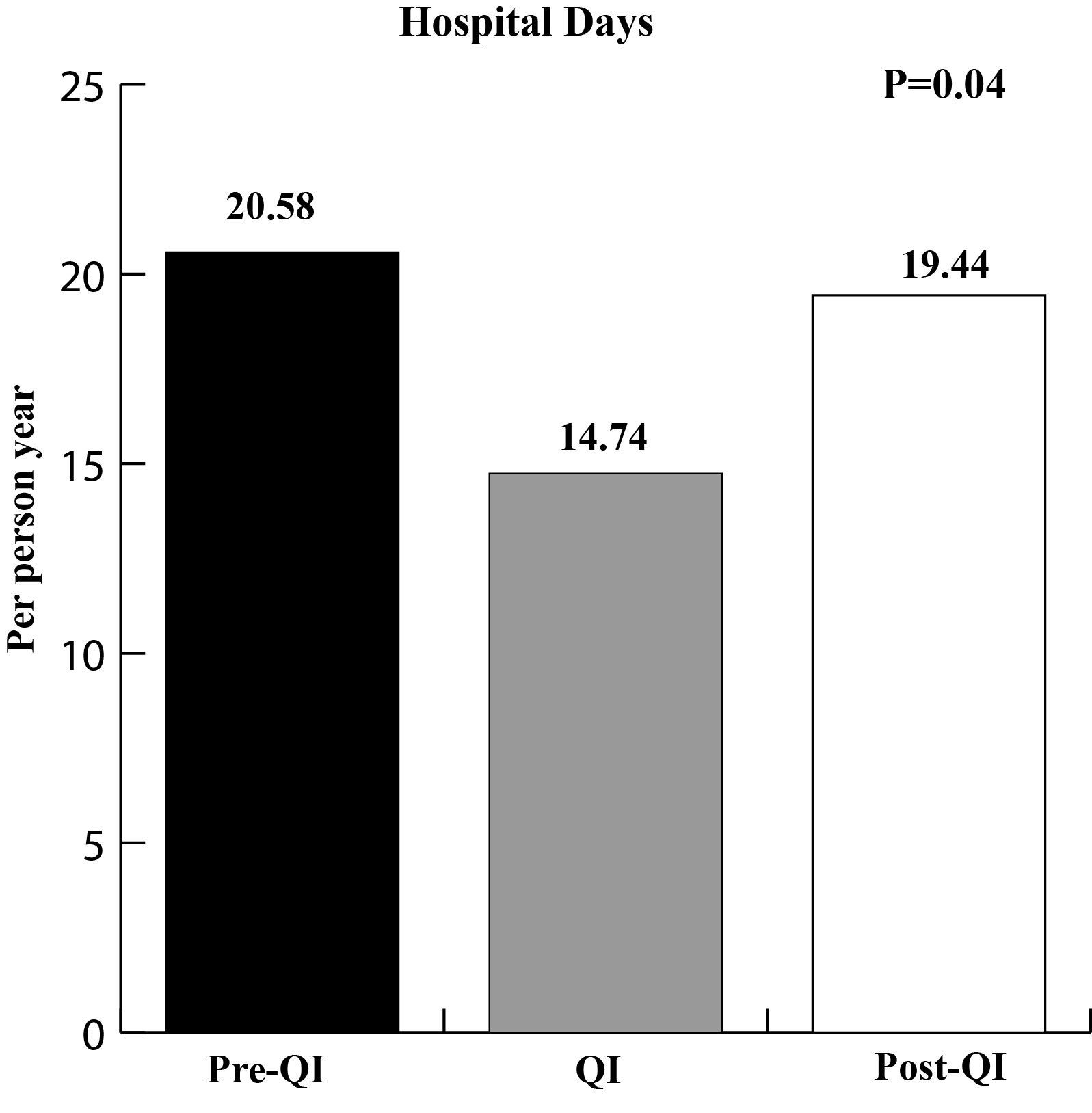