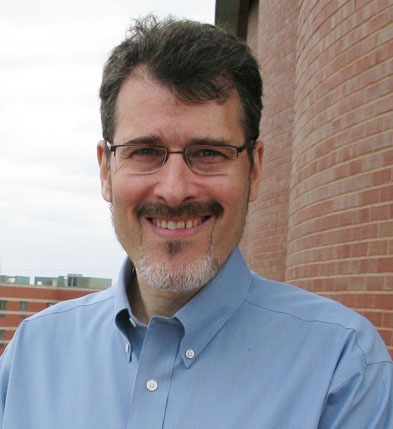 Michael Rauchman is the Chromalloy Professor of Medicine at Washington University and Section Chief of Nephrology at the St. Louis VA Medical Center

Regulation of the self-renewal and differentiation capacity of the nephron progenitor (NPC) is a delicately balanced process. Decreased self-renewal or increased differentiation during kidney development can result in decreased nephron number at birth. When severe, this leads to childhood kidney failure. However, even moderate reductions in nephron number are associated with hypertension and chronic kidney disease in adulthood. The molecular mechanisms that modulate expression of genes for expansion of nephron progenitors are not completely understood. Mounting evidence supports a role for the SWI/SNF (SWItch/Sucrose Non-Fermentable) chromatin remodeling complex in regulating mesodermal cell fate. The SWI/SNF complex is a large evolutionarily conserved protein complex required for embryonic development. The complex is composed of 10-12 subunits including alternative core ATPase subunits BRM (Brahma) and Brg1 (Brahma related gene 1) that modulate chromatin structure on targeted loci, and regulate lineage restricted gene expression during development. We found that Brg1 associated with Sall1, suggesting that SWI/SNF has a functional role in NPCs.

We genetically deleted the Brg1 gene (Smarca4) in mouse NPCs.

Deficiency of Brg1 in Six2+ NPCs resulted in hypoplastic kidneys by embryonic day (E) 17. The number of Six2+ NPCs was reduced in mutant kidneys as early as E14, which correlated with a significant reduction of phospho-histone H3 positive dividing Six2+ NPCs. The nephron progenitor cells were almost completely lost by the time of birth. Similar to Sall1 mutants, global gene expression changes in E17 Brg1 mutant kidneys suggested defects in cell adhesion. RNA-seq analysis also showed downregulation of many genes required for mitochondrial respiration, suggesting reduced metabolic fitness of mutant NPCs. Brg1 is not expressed in adult kidney, however upon nephrotoxic injury with aristolochic acid Brg1 was significantly upregulated, indicating that the molecular pathways regulating kidney development may be activated for repair processes after injury.

Together, these data suggest that Brg1 regulates expression of genes that are required for the self-renewal and maintenance of nephron progenitor cells. Our results reveal novel functions of Brg1 in developing kidney.