Variation in Use of Antihypertensive Medications After Kidney Transplant and Associated Outcomes: A National Study

Variation in Use of Antihypertensive Medications After Kidney Transplant and Associated Outcomes: A National Study

Hypertension is a common comorbidity in kidney transplant (KTx) recipients. Impact of antihypertensive medication (AHM) regimen on patient and graft outcomes is not clear.

The most common AHM post-transplant was DHP-CCB, followed by BB, ACEi/ARB, and diuretics. Regimen patterns varied by transplant centers (Fig 1). In bi-level hierarchical modeling, compared to DHP-CCB-based treatment, ACEi/ARB use was more common in those with diabetes, obesity, and mTORi-based immunosuppression. Unadjusted survival varied with AHM treatment (Fig 2). Compared to DHP-CCB reference, adjusted mortality was higher in those on NDHP-CCB (aHR 1.111.241.37) and 'other' agents (aHR 1.111.241.37), but lower in those on ACEi/ARB (aHR 1.441.691.99). 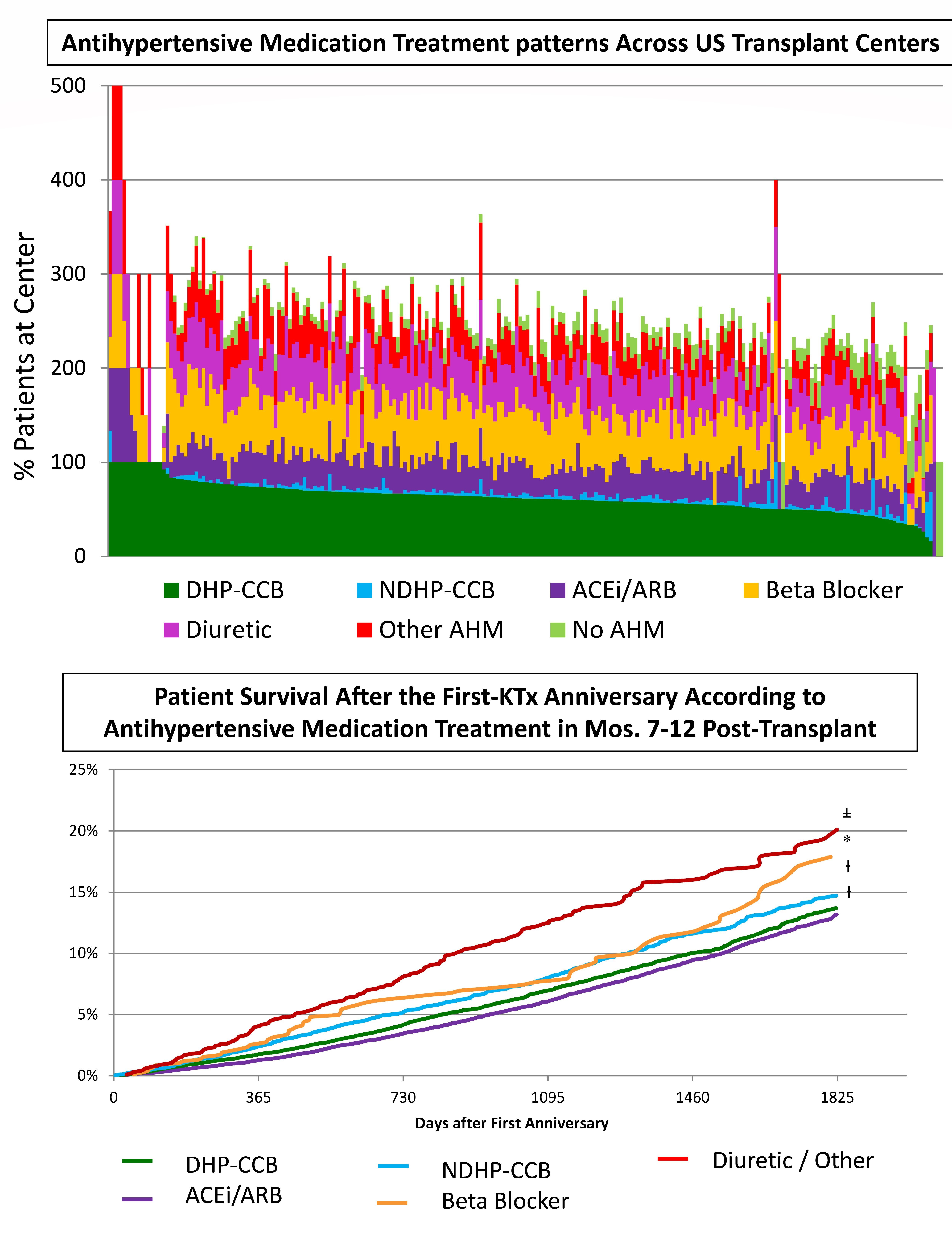