Biotin (vitamin B7), a water-soluble vitamin, is indispensable for normal human health and its deficiency is associated with various severe clinical conditions. Renal proximal tubule epithelial cells are critical to maintaining normal body biotin homeostasis by mediating its reabsorption via a specific carrier mediated process (sodium-dependent multivitamin transporter [SMVT]). Although it has also been shown that lipopolysaccharides (LPS) can cause intestinal biotin deficiency by inhibiting its absorption, very little is known about the effect of inflammation and LPS on the kidney biotin uptake process.

Given the major role of inflammation in kidney disease and injury we sought to assess the effect of LPS exposure on renal biotin transport. We evaluated the impact of LPS on renal biotin uptake, expression, promoter activity and transcriptional regulation using in vitro (human proximal tubule kidney epithelial HK2 cells) and in vivo (mice) models subjected to LPS for 72 hours.

This study shows for the first time that LPS inhibits renal biotin uptake via a transcriptionally-mediated mechanism. The potential clinical impact of these findings and possible role of biotin therapy in kidney injury caused by LPS remains to be determined. 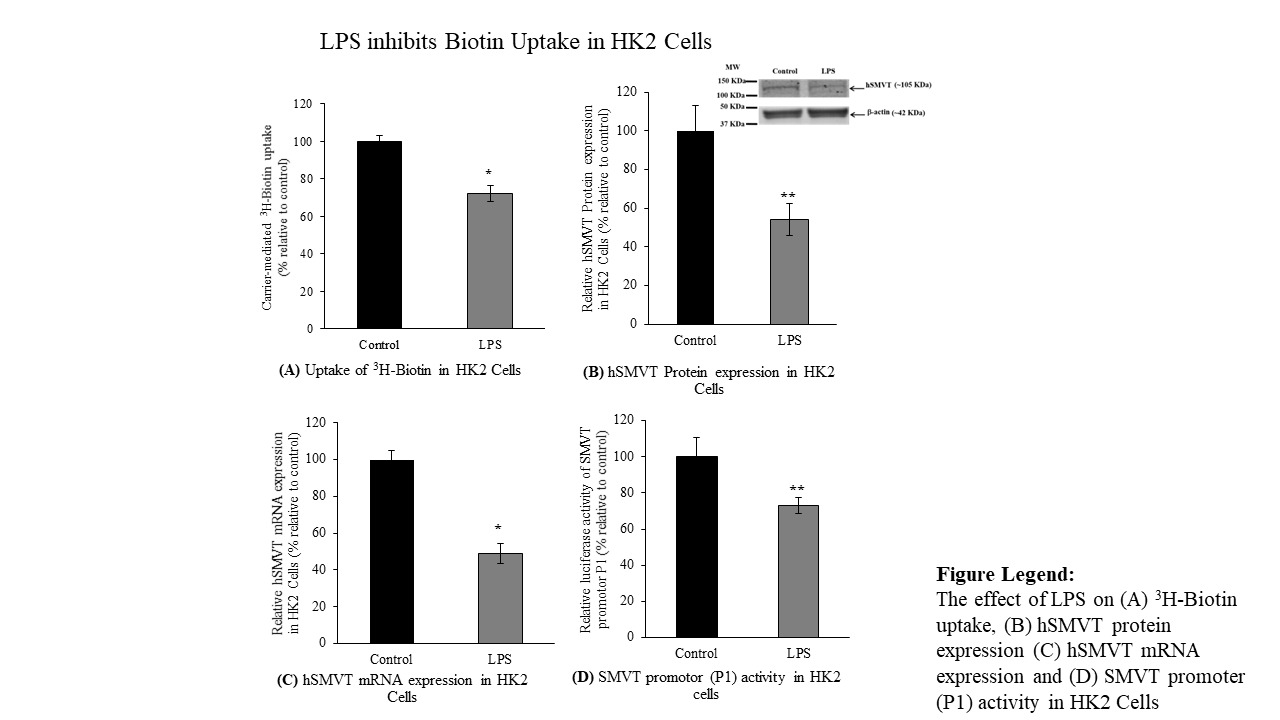