To study the role of endogenous and recombinant EPO on TH17 cells in vivo, we used murine models of kidney disease associated with TH17 induction, including aristolochic acid (ArA) nephropathy (+/- high NaCl diet), MRL-lpr and pristane lupus nephritis models. In vitro studies supplemented by adoptive transfer of naïve or TH17 cells into rag1-/- mice were used to determine the direct role of EPO on TH17 induction (Figure 1A). 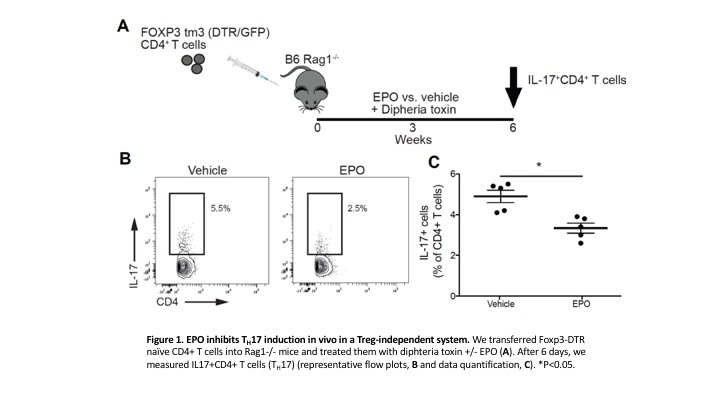